When Hurricane Katrina literally blew the President Casino's Biloxi barge away, and damaged virtually all of the other 'floating' gambling houses on the Gulf Coast in 2005, the Mississippi State legislature acted almost immediately to approve a law that the casino owners had been lobbying for all along. They were now able to build on shore, 'up to 800 feet inland', instantly increasing waterfront property values around ten thousand-fold.

This set off a veritable feeding frenzy, and there was little incentive to rebuild the hundreds of historic homes that occupied those 800 feet before the storm, as property owners sat back and watched as the corporations moved in. There was big money to be made on this suddenly vacant peninsula, and the big boys from Vegas and Atlantic City were on their way. Citing the 'creation of jobs' and increased tax revenues, the City and State were all for it.

It's a nice idea, only it doesn't seem to work. If anything, the East Biloxi ghetto off of North Main Street where Lattimore was living has only grown more neglected and desperate, as large portions of it were not rebuilt by the absentee landlords that own the houses there. They are, I imagine, waiting for their own piece of the pie.

The house Lattimore was renting with his wife when the storm hit is a case in point. It remains a vacant, mildewed shell to this day. The building he was living in that October of the Road Trip had been given a new coat of paint and some sprucing up by some post-Katrina volunteers but, Lattimore told me that next morning when I picked him up, the guy who owned it was 'ignorant', and would rather spend the money he gets from renting out rooms on booze than on paying the light bill. He was, he said, a 'stone alcoholic' and a bad influence on him. "I've got to get out of there," he told me, and I couldn't have agreed more.

Just as he had promised, Sir Lattimore didn't let me down, and he was ready to roll by nine o'clock. Surprisingly, he didn't seem to have suffered too much wear and tear from the previous night's festivities, and was his usual charming self. It looked like things were gonna be alright after all, and I settled in for the long drive ahead, with this most unusual of passengers filling my ear with his amazing stories.

I wouldn't have traded it for the world.

We were headed for Clarksdale, that mythic epicenter of 'the Blues' that drew Lattimore back like a magnet, only this time we weren't taking Highway 61, we were going to Jackson first. I had just written about Tommy Tate the week before I left, and learned that he was living in a 'Nursing Center' there. He was happy to have Lattimore and I as visitors, and has managed to keep his sense of humor in those somber surroundings. It was an honor to shake the hand of this man who means so much to Southern Soul.

We had one more stop to make. 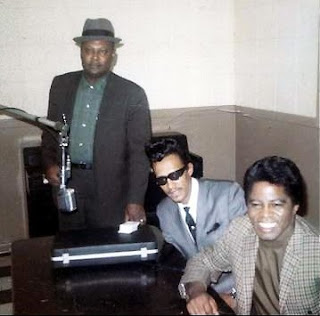 One of the most influential R&B dee-jays in the South during the 'Soul-Era' was a gentleman named Sonrose Rutledge. Broadcasting on KOKA out of Shreveport, Louisiana, his 'on-air' name was 'Gay Poppa' (that's him in the shades next to the Godfather in the photo above). As many radio personalities were in those days, he was also a promoter, and helped make the Port City a regular stop on the Chitlin' Circuit. 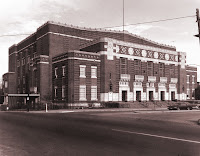 As we drove on, Lattimore filled me in on some of the chilling details of the supposed mob hit that caused him to walk away from the music business in 1975; "Gay Poppa had organized a show at the Shreveport Municipal Auditorium one weekend with a bunch of acts, and it was gonna be huge, man! Just sold out! I was living in Jackson at the time and, the morning of the show, I'm packing my things and getting ready to go, and the phone rings. It's Gay Poppa telling me 'Lattimore, I don't want you to come to the show tonight, I just got the word that there's some people out here that are out to kill you, and if you come to Shreveport, you're going to be shot down like a dog. I know I'm gonna lose money on the show and everything, but I don't want that on my head... please, just stay home.' I couldn't believe what I was hearing, it was like my whole world just fell apart on me, man." 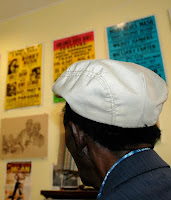 It all came to a head, he told me, when the poster printing company he had been using for years messed up on some of his advance publicity and mistakenly advertised one of his gigs as a 'Latimore' performance. The promoters, he told me, had accused him of trying to capitalize on the sudden success Latimore had when Let's Straighten It Out went to the top of the R&B charts in 1974, and this only served to convince them they were right. Nothing could have been further from the truth, he told me, "Shit, I had been out there on the road doing my own thing for twenty years by then, I didn't need to steal nothin' from nobody else. Wherever I went, I turned the place out, man. They used to call me 'The Tennessee House Rocker'! I didn't need to copy no Benny Latimore!" 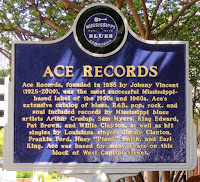 "After I got that call from Gay Poppa, I didn't know what to do. I went downtown to see Johnny Vincent, who had just put that record out on me, Warm and Tender Love, and he got on the phone to some people he knew that were in the Mob back in Louisiana, and they told him that yes, sure enough, there was a contract out on me, and that they didn't like no raggedy-ass singer messing with their money. Johnny went to bat for me man, told those people that I had been out there under my own name of Lattimore for years, and that the whole thing was just a mistake. They told him all that was alright and everything, but the only way they were gonna cancel the hit on me was if I agreed to stop performing... they didn't leave me much choice!"

Sam Baker was scheduled to appear at that fateful show in Shreveport that day as well. The two had been singing together since their days at Sound Stage 7, and often shared the bill wherever they went. In Lattimore's words, they were "like brothers." After Johnny Vincent's phone call, however, he found it hard to trust anyone, even Sam. Benny Latimore had been in Jackson only a few weeks earlier... he began to suspect anybody and everybody. He just couldn't live his life looking over his shoulder. Lattimore walked away from Chimneyville and never looked back.

That is until I dragged him there. I had no idea about any of this, really, and as he relayed all of it to me in the car, my jaw began to drop. I had arranged to stop by and visit Sam Baker on the Road Trip, but hadn't mentioned I'd be bringing Lattimore. It was going to be a surprise for both of them, and after I told Lattimore what I had in mind, he got kind of quiet, and began sort of dragging his feet the closer we got to Sam's apartment. I think he associated both Jackson and Sam Baker with what must have been the worst time of his life, and had been content to let sleeping dogs lie. Now here comes this overweight white guy out of nowhere stirring things up... I didn't know what to expect. 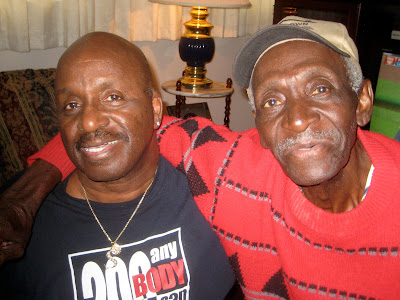 As it turned out, both men were genuinely glad to see each other, and the memories of the good times far outweighed the bad. "God brought us together one more time," Lattimore told him, and I have to believe that was true. Sam told me he always called Lattimore 'Mo back in the day, and from that moment on, so did I... As we pulled away in the car, 'Mo got kind of emotional, "I want to thank you, Red, for making me do this. To see Sam again in that wheelchair and everything... well it just kind of puts so much to rest in my mind. I feel like I can finally make peace with all that happened, and move on after all these years."

Their reunion was a moment I will cherish for the rest of my life. 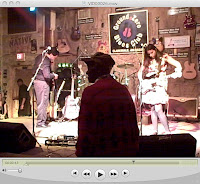 Sir Lattimore admired Morgan Freeman, and hardly a day went by when he didn't mention him and his continued connection with the Mississippi Delta. I had booked the same room above the Ground Zero Blues Club in Clarksdale that we had stayed in with Chase Thompson the year before, and after we checked in that evening we headed downstairs to the bar. As the beers began to pile up, it kind of broke my heart to see this genuine Mississippi R&B legend being ignored by this room full of 'blues tourists' who had no idea who he was, and honestly couldn't care less.

I don't remember how we got back upstairs...