Weathering Storms: The Paradox of China’s Music Industry in 2018

[This is an annual look at the state of the Chinese Music Industry. For background and context, we recommend our essays for 2016 and 2017]

2017 was a mixed bag for music in China. There is potential for further fray in 2018, but there is also an afterglow of optimism from the highlights of last year.

There was a widely-reported hip-hop boom.
And yes, all our optimistic predictions last year came to pass.

The pan-Asian footprint of Chinese music became wider, and cross-border collaborations flourished. This was the year a Beijing indie band (Re:Tros) released a globally acclaimed alt-rock album, and a Chinese pop star performed as part of the Superbowl. Pharrell Williams was drafted into a cringe-worthy celebration of Chinese consumerism, while pop star Charli XCX released a “sinofied” Mandarin version of her most popular hit, ‘Boys’.

This gloss, however, is also misleading. This was also the year two massive global brands had to backtrack, then apologize for mentioning ‘taboo’ topics on their international social media. The year that a major headliner was banned because of an Instagram post that quoted the Dalai Lama.  We wrote last year that China wants to influence the world without letting the world influence IT, and it’s certainly succeeding on that front, at least with regards to international business.

However, there is still an undeniable effervescent energy at the heart of China’s music business (especially at its grassroots, organic end). Small, niche labels have blossomed, audiences for alternative sounds mushroomed and (with the exception of Beijing) many cities have experienced burgeoning venues, sounds and clusters of bands. There is a spark here, unmatched in the region.

However, step back and the relative fragility of the industry becomes visible. None of the structural changes the Radar has advocated for have come to pass, and in fact a nexus of large conglomerates and state-linked entities have adroitly co-opted the music business wholesale. Trust is low across the board, with rapid rises prefiguring rapid falls (hip-hop being the pre-eminent example).

Reconciling these two – energy and fragility &#8211; is the key challenge of working and succeeding in China.

At the annual Davos forum, the Chinese state delivered a stirring defense of globalization. And yet, on home ground, the global is being turned away in favour of nativist, nationalistic alternatives.

That discrepancy is no accident. In fact, the future of music and culture in China will be aligned along three key discrepancies. Three reconciliations – three paradoxes, if you will.

Three paradoxes define the system that is calcifying around in China today, and these will come to define what unfolds in 2018:

Paradox 1:
The Paradox of Scale

2017 was a massive year for Chinese hip-hop. Thanks to the viral popularity of Rap of China, newly minted superstars were on the ascendant throughout the country – from GAI and PG.ONE and Vava (who made it to the finals) to independent stalwarts like the Higher Brothers (who are embarking on a US tour in late February). For a while, it looked like homegrown hip-hop (mostly a variant of American trap) might make it into the hallowed realm of contemporary mainstream culture.

The ‘ban’ came suddenly, last month. GAI was kicked off a TV show, songs were removed from streaming services, and seemingly overnight, depictions of tattoos and hip-hop culture were discouraged. SAPPRFT, the media regulator, also clamped down on ‘vulgarity, obscenity, decadence’ and most alarmingly, all ‘non-mainstream subcultures.’

But as the perceptive Magpie Kingdom noted, this wasn’t a pure ‘ban’ on content, but rather on exposure and scale. Many things still happen and are overlooked in China, but they face the seemingly immovable object of policy and ideology when they reach scale.

The paradox of scale allows for just about anything to happen, if it doesn’t appear to trigger some form of alternative social community formation.

The implications of the paradox of scale are many:

Scale defines engagement, and that segues neatly into our second Paradox:

Paradox 2:
The Paradox of Engagement

The paradox of engagement is China’s outward expansion and inward containment. The image it projects internationally, of globalization’s last defender, is challenged internally by a closed (and further closing) internet, and tight control of culture and cultural products.

In a way, China seems to pursue an export-driven expansionist policy on trade, and an import-substitution policy on culture.

The Paradox of Engagement means that channels of approvals and paperwork are, at best, cautiously granted. Chasing high visibility and mainstream presence means playing by state rules, not yours.

And state rules are tweaked, and changed often on grounds of morality and values rather than purely economic / business concerns. This, then, leads to accelerated boom-bust cycles within music in China, and a lack of interest in, and possibility of, long-term engagement:

But is this a stopgap measure while more consistent rules are being drafted and enforced? We keep saying: “China wants to influence the world without letting the world influence it.” Which means that change, if it occurs, will be on its own terms.

And so we come to the crux: how does this affect music fans, and young bands? What, if any, is the impact on how people think, and react, to this state of the industry? 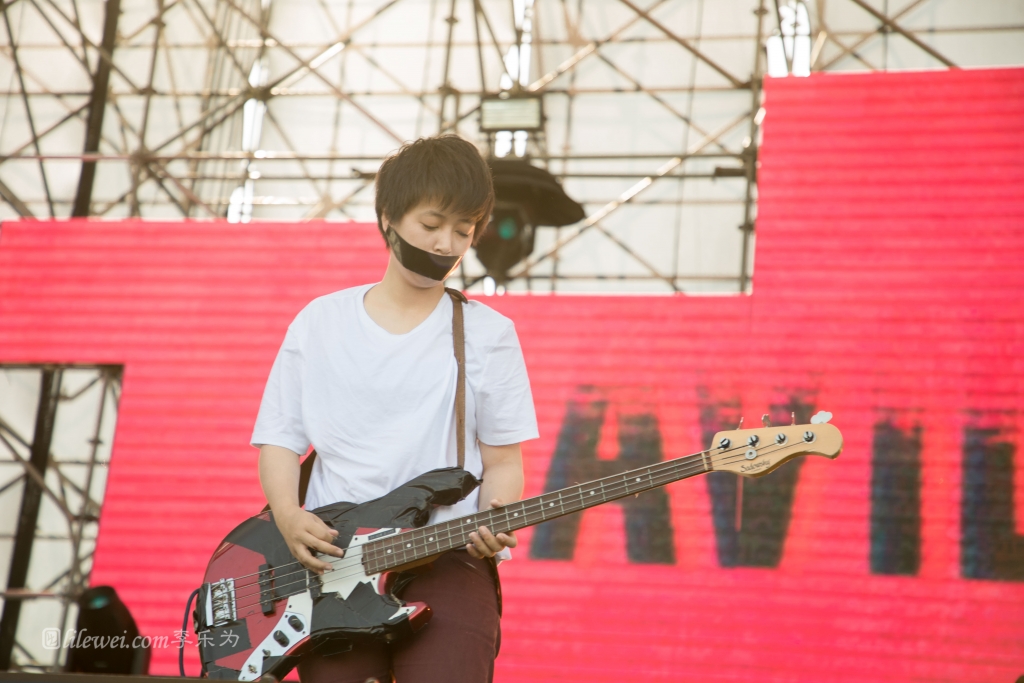 Paradox 3:
The Paradox of Complicity

Any system, however contested, will tend to create people in its own image.

Let’s be clear: there is indeed widespread opposition to, and dislike of, the state of the industry. But when your channels of change and feedback are severely constrained, it leaves us with this particular discrepancy.

The Paradox of Complicity creates two distinct groups within China: the complicit (those who play the game and ‘game’ the system), and the broken (those who prefer to withdraw, or feel unable to engage with creating change).

The writer Masha Gessen, in her extraordinary book on contemporary Russia, asks, “what happens to a generation that is robbed of its ability to self-diagnose?”

In China, it creates the Paradox of Complicity:

Our critical eye notwithstanding, we believe more than ever in the fundamental magic of music in China, and we continue to work towards making it better.

At the same time, it’s important to be open about the deep issues that the industry does face: as those who work within it, we need to think long and hard about complicity. What are we creating, and what are we helping entrench?

There is plenty to be excited about: the rise of the boutique labels, excellent alternative clubs outside of Beijing and Shanghai (Oil Shenzhen ftw), the cementing of Shanghai as a hub for emergent club music in Asia, the acceptance of Chinese post-punk and post-rock in tastemaker indie circles, the growing number of small promoters.

2018 will be about weathering storms, and building.

Build to shelter the best parts of this system we find ourselves in, and build against the encroaching long arm of moral panics and cynicism. Build for better music.