What happened to Foo Fighters drummer?Which comedian was a drummer in a band t...Tune Drums Easily With These 6 GadgetsSongs With Incredible Drum Solos9 Best Gifts for Drummers Under $5010 The Best Platforms and Apps for Drum...

What happened to Foo Fighters drummer? 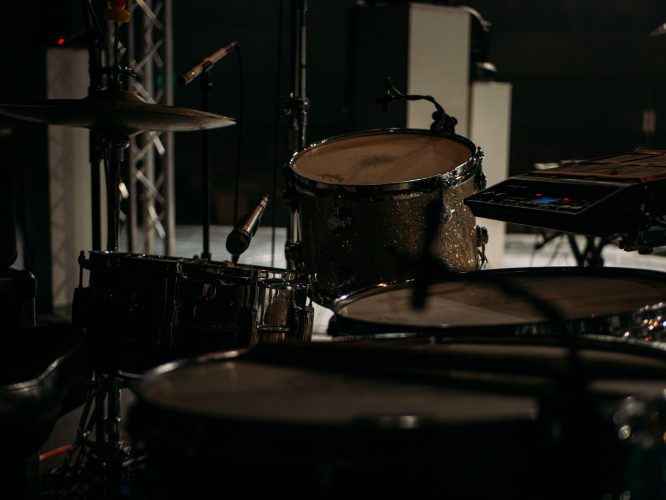 Most of the keen music lovers and fans were waiting for Bogota’s Festival Estéreo Picnic and the band Foo Fighters’ performance. Unfortunately, that would all end because of the terrible accident that shocked the whole music community. So, what happened? Or, more precisely, what happened to Foo Fighters drummer?

Taylor Hawkins, a Foo Fighter drummer, died in Bogotá on Friday, March 25, 2022, from having 10 substances in his system. Some substances found in his body were opioids, benzodiazepines, tricyclic antidepressants, and THC.

It is a tragedy that such a skilled and inspirational drummer like Taylor Hawkins is not around anymore. However, some things about his death still need to be clarified and, therefore, to be illuminated. Read below to know how and why Taylor Hawkins died.

Taylor Hawkins, a drummer and one of the most important Foo Fighters band members, died on Friday just before he was about to perform at Colombia’s Estéreo Picnic festival. The Grammy award-winning group was on a South American tour when all the hell broke loose.

On Friday, hours before they were supposed to perform at the festival, Taylor Hawkins was found with 10 substances in his body. Some substances found in his body were marijuana, opioids, tricyclic antidepressants and benzodiazepines, which are known to treat anxiety and insomnia.

However, these were not the only substance found in his body. According to the magazine Semana, Hawkins died after a sudden cardiac arrest. In addition, the main cause of death was an overdose of heroin, antidepressants, and benzodiazepines. Taylor’s heart has become so swollen that forensic medical experts were shocked by it.

After the news had spread in Bogotá, Black Pumas singer Eric Burton asked the audience for a moment of silence for Taylor Hawkins. Officially, the musician died outside the Four Seasons hotel, and most of the fans came to light candles, place flowers and sing some of the band’s songs. In the end, Hawkins’s body was removed from the hotel by police, and there was applause from the fans who were paying tribute to his death.

What was the cause of death of Taylor Hawkins?

The main cause of Taylor Hawkins’s death was 10 substances found in his body after the abduction. Some of the substances were marijuana, opioids, tricyclic antidepressants and benzodiazepines, and heroin.

Where was Taylor Hawkins buried?

Taylor Hawkins had his body repatriated from Columbia to the USA for his final burial. Taylor Hawkins’s funeral took place in the United States. More precisely, Taylor Hawkins was cremated, and his ashes were scattered at sea.

Are the Foo Fighters getting another drummer?

To this day, it still needs to be confirmed who will be the next drummer of Foo Fighters. However, some candidates could replace the famous drummer. The most important candidate is Rufus “Tiger” Taylor, who played drums at the Taylor Hawkins Tribute Concert.

The fans were very satisfied with his performance, and many suggested him as the next Foo Fighters drummer. Rufus Taylor is the son of Queen drummer Roger Taylor. He is a very talented drummer, and there are arguments for him that he could be the musician who can carry the torch of the iconic drummer.

Does Taylor Hawkins have a child?

Taylor Hawkins has three children, a son and two daughters. The son’s name is Oliver, and the girls are Annabelle and Everleigh.

Oliver was welcomed only two years after Taylor’s and Alison’s marriage. He goes by the name of Shane, even though he was named after his father. If you didn’t know, Taylor’s first name is Oliver. In 2018 a twelve-year-old Shane joined the Foo Fighters to perform the cover of the Roling Stones’s “Miss you.” Taylor was on vocals, Grohl on guitar, and Shane took the drums.

Annabelle is Alison’s and Taylor’s second child and is still a teenager. She always wanted to have a song for herself, so she told Taylor to make one for her. And there was the song. Taylor named the song “Middle Child.”

Everleigh is their youngest child andis just 8 years old. She appeared in the video of the song “Middle Child.” She was flipping through channels on television at the beginning of the song’s video.

Who is playing drums at the Taylor Hawkins Tribute Concert?

The tribute concert was at London’s Wembley Stadium, and David Grohl sang a few iconical songs, one of which was Times Like These, where Grohl needed to stop singing to collect his emotions.

Liam Gallagher opened the show with Oasis’s Rock And Roll Star. In addition, Sir Paul was a surprise, giving the full-throttle rendition of Helter Skelter, The Beatles Classic.

Nandi Bushell, a British 12-year-old, joined on stage and took Hawkins’ place during Learn To Fly. Grohl introduced her as “one of the most badass drummers I have ever met in my life.”

In addition, some of the bands that were present that day were Metallica, Rush, Supergrass and Stewart Copeland of The Police. Even Queen, Hawkins’ favorite band, was there that day to honor his death.

Alison continues to be a successful entrepreneur in the illustration business and provides support for her kids.

“My deepest thanks and admiration go out to the global Foo Fighters community, and Taylor’s fans far and wide for the outpouring of love each and every one of you have shown our beloved Taylor. Your kindness has been an invaluable comfort to my family and me during this unimaginable grief.”

The couple has been married since 2005 and shares three children. She shared some more information on Instagram, where she confesses how much love Taylor put into his community and fans. Together with Foo Fighters, they announced that the tribute concert would take place at London’s Wembley Stadium.

Alanis Morissette paid homage to Taylor Hawkins, his former bandmate. During her performance of “ironic,” images of Hawkins were shown on the screen, which was located behind Alanis.

On the screen was written, “In Memory of Taylor Hawkins.” Morissette knew that Taylor Hawkins would eventually leave her band for Foo Fighters.

Alanis Morissette and Foo Fighters will tribute Taylor for the second time on September 27 at the Forum in Los Angeles.

It is a well-known fact that Taylor Hawkins and Dave Grohl played together for more than 25 years in Foo Fighters.

However, their friendship has mainly flourished outside the studio. They first met in the 1990s when Grohl was the famous drummer of the band Nirvana. Furthermore, Nirvana ended in 1994, and David heavily considered the “project” Foo Fighters.

Meanwhile, Hawkins was working for Alanis Morissette. The friendship began because Taylor and Dave constantly bumped into each other during their tour circuit. Initially, Hawkins joined Foo Fighters after William Goldsmith left the band.

David and Taylor claimed that upon their first meeting, the bond was immediate and they gre closer every day.

The post What happened to Foo Fighters drummer? appeared first on DRUM! Magazine.