DRYDEN turns back the clock again on ‘MINUTES PAST VOL. 2’ bootleg pack 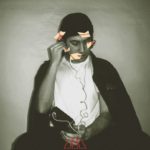 DRYDEN is continuing to push forward his unique soundscape by simultaneously looking backwards. After delivering his four-track ‘MINUTES PAST VOL. 1‘ as a string of singles over the course of a month in 2022, DRYDEN landed himself a nod as a Dancing Astronaut Artist to Watch in 2023. And to start off his year, MINUTES PAST VOL. 2 arrives as Dryden Brown’s sophomore foray into the new sonic world that he’s created in the wake of his former alias Lemay.

The bootleg pack—available via SoundCloud—features his refreshing takes on No Doubt’s “Hella Good,” The Black Eyed Peas “Let’s Get It Started,” and Michael Jackson’s “Beat It.” Back in December, DRYDEN sat down with Dancing Astronaut for an exclusive interview where he highlighted his decision to start from scratch. He mentioned that he attributes the instrumentals and the iconic bass lines in Michael Jackson’s music as crucial influences on him as he starts this new journey. And it’s only fitting that he puts his own twist on “Beat It” in the second edition of his MINUTES PAST series. “I want to build my own world and tell my own story” he said during the aforementioned interview. Consider this the start of his second chapter.

The post DRYDEN turns back the clock again on ‘MINUTES PAST VOL. 2’ bootleg pack appeared first on Dancing Astronaut.