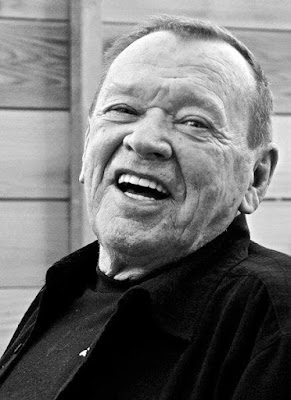 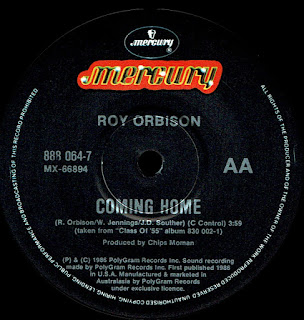 After I started writing The Chips Moman Story in early 2008, a controversial article appeared in The Commercial Appeal entitled Chips Moman: The Missing Man of Memphis Music. The comments on the article reflected the "complicated love-hate relationship" that Chips had with the city. I couldn't help but add my two cents, and spoke up about what a positive force Moman had been in the development of American Music, and blah blah. I was completely blown away when Chips longtime friend Marty Lacker contacted me and said Chips wanted to talk to me. Not a little nervous when I picked up the phone, I really couldn't believe that this legendary giant of a man had actually called me!

I literally felt like I was speaking with Elvis, or something, and I stammered my way through a few sentences before Chips went out of his way to put me at ease with his affable and genuine 'just one of the boys' manner. He appreciated what I had said in those comments, he told me, and that Marty had showed him the article I had written, and he liked it. This kind of stuff just doesn't happen too often, folks, believe me, and I can't tell you how awesome I thought it was that this man had taken the time to call and tell me that. We talked a little bit about his early days at Stax and the great R&B and Soul records he had cut at American - "That was the good stuff!," he said, and that was about it.

As I continued to write about the music over the next couple of years, I discovered more and more evidence of the underlying subtle genius of Moman's guitar playing and production in all kinds of places where I had least expected it. When the groundbreaking Memphis Boys: The Story of American Studios was released in 2010, I devoured it, and was lucky enough to connect with the author, Roben Jones, who came at the music from a different angle, and helped me to broaden my understanding of the man and his music.

In 2011, The Memphis Boys were slated to play the inaugural show at the newly renovated Franklin Theater in Franklin, Tennessee. I bought tickets the first day they became available, rented a car and drove down. As I parked the car, much to my amazement, I saw Chips sitting alone out back of the theater, smoking. "Don't you have anything better to do, Moman, than to hang around the back of a Movie Theater, sneaking a cigarette?" He looked at me amazed... I really couldn't believe I had just said that, to tell you the truth. Do I know you?" he said. After I told him who I was, he remembered immediately, and told me he was glad to finally meet me in person. Once again, he went out of his way to put me at ease and seemed to enjoy my pestering him about his early days at Stax with William Bell, Carla Thomas, Prince Conley and The Triumphs. The show was incredible, and I got to hang out with Moman both during intermission and after the show back in the smoking section out in the parking lot. Amazing. 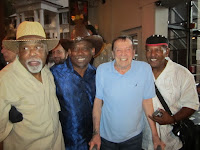 Elvis Week in 2012 was like total Chips immersion as John Broven and I travelled to Memphis for the American Group's Beale Street Note dedication. A few well-placed phone calls helped me accomplish one of my long time goals, to re-unite Moman with Darryl Carter and The Masqueraders, all of whom he hadn't seen since he closed American in 1972. He was so into it. 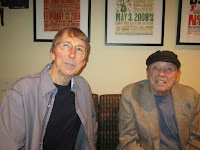 After another rousing Memphis Boys show at Graceland, we moved on to Nashville where our friend at the Country Music Hall of Fame, Michael Gray, was kind enough to let us hang out backstage with Chips, Bobby Emmons and the rest of 'The Boys' after his excellent interview of Moman for the Museum. 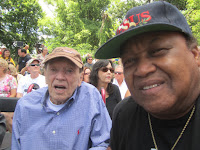 In 2014, it was announced that Shelby County intended to place a Historical Marker at the former site of American Studios at the corner of Chelsea and Thomas in Memphis. Broven and I again made the trip, and were a bit taken aback to see our man Chips arrive in a wheelchair. He had suffered a stroke, and had difficulty speaking, but he was still sharp as a tack. When I brought Howard Grimes (who had been his drummer at Stax over 50 years before) over to see him, he knew him immediately, and it did my heart good to see them back together again. 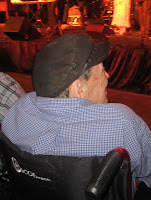 At the Memphis Boys Salute at Graceland later that night, Chips cheered on his band from the front row, but I knew that things would somehow never be the same. We had taken a lot of photos at the Marker Dedication, and I printed a bunch of them up and sent them out to Chips, Reggie and the rest of The Boys. About a week later, my cell phone rang, and I was amazed to see Moman on the Caller ID. It was Chips' wife Jane, who told me that he insisted she call me to thank me for the pictures. After a couple of minutes, she put him on the line.

He just wanted to tell me, he said through his stroke-slurred speech, how much he appreciated all I had done... I felt the lump in my throat. "No," I told him, "I should be thanking you for all YOU have done for American Music, and I can promise you one thing - as long as I'm around there will be someone out here who will make sure that people never forget just how great and important your work continues to be..."

I hung up the phone and I wept.
Share Page: