Julia Fox is clapping back at claims she’s only with Kanye West for the fame.

Julia addressed the doubters on her “Forbidden Fruits” podcast Friday, saying she couldn’t care less about the attention she’s getting.

She adds, “Watch my movie, read my book. That is more thrilling to me now than eyes on me.”

Past Men With Money

According to Page Six, Fox has been a fixture on the NYC social scene for years. She dated Teddy Perweiler, owner and manager of NYC hotspot Happy Ending for several years before accusing him of sexual assault in 2015.

She also told The New Yorker she dated an older wealthy man for five years but wasn’t after his money.

“He wanted me to marry him, and I loved him so much, but he wanted me to wear, like, Ralph Lauren Purple Label and Tory Burch. I felt like I was always playing a part.”

Fox married pilot Peter Artemiev in 2018 and welcomed their son Valentino on January 17, 2021. It’s unclear when exactly the two split.

Ironically there’s a lot of speculation Kanye’s dating Julia to make his soon to be ex-wife Kim Kardashian jealous.

As you know things between Kim and her new man Pete Davidson  have been heating up and Kanye is pissed — so much so he even threatened to beat up Davidson on his new single “Eazy” featuring The Game.

Julia didn’t bring up Kanye and Kim’s divorce drama on her podcast.

Over the weekend she and Kanye touched down in Paris for Men’s Fashion Week. The pair have been rocking matching ensembles hitting all the shows … sound familiar? 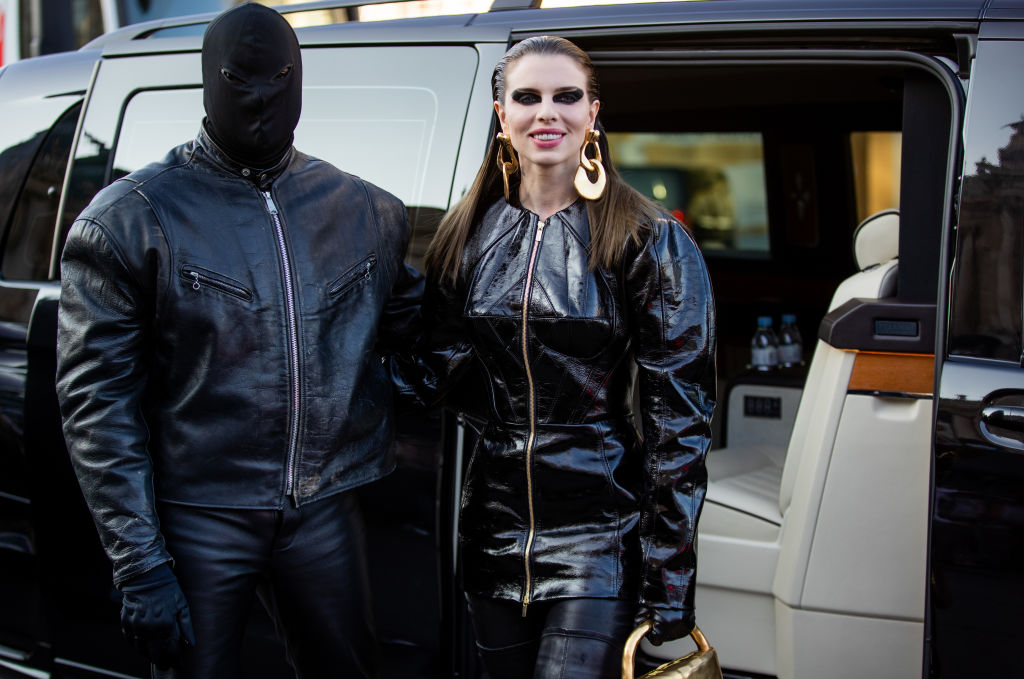 As previously reported Fox and Ye met at the top of the year in Miami and have been inseparable ever since.

Julia also shared with Interview magazine that West bought an entire hotel suite’s worth of clothing for a their second date night.

“It was every girl’s dream come true,” she said at that time. “It felt like a real Cinderella moment. I don’t know how he did it, or how he got all of it there in time … Like, who does things like this on a second date? Or any date!”

The post Julia Fox Shoots Down Claims She’s With Kanye For The Clout appeared first on HipHollywood.