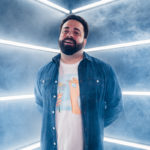 Heyz is back with his second single of 2022, “See Me,” out now via Lowly. “See Me” is a euphoric bass record with soaring synths and ethereal vocals that lead into powerful, bass-heavy drops. The track manages to tell a cohesive sonic story despite shifting moods from light to dark throughout.

Dancing Astronaut recently sat down with Heyz for an exclusive interview about where he’s been, and where he’s going. His journey into music is interesting and noble—and importantly, it’s not one that’s falling on deaf ears. Heyz’s music has already been supported by industry fixtures, including deadmau5 and Zeds Dead. He recently played at Miami Music Week’s Deadbeats vs Cyclops Recordings show and has an upcoming slot at Sunset Music Festival in Tampa. In the meantime, his latest can be streamed below.

The post Heyz brings the bass on the Lowly.-backed ‘See Me’ appeared first on Dancing Astronaut.