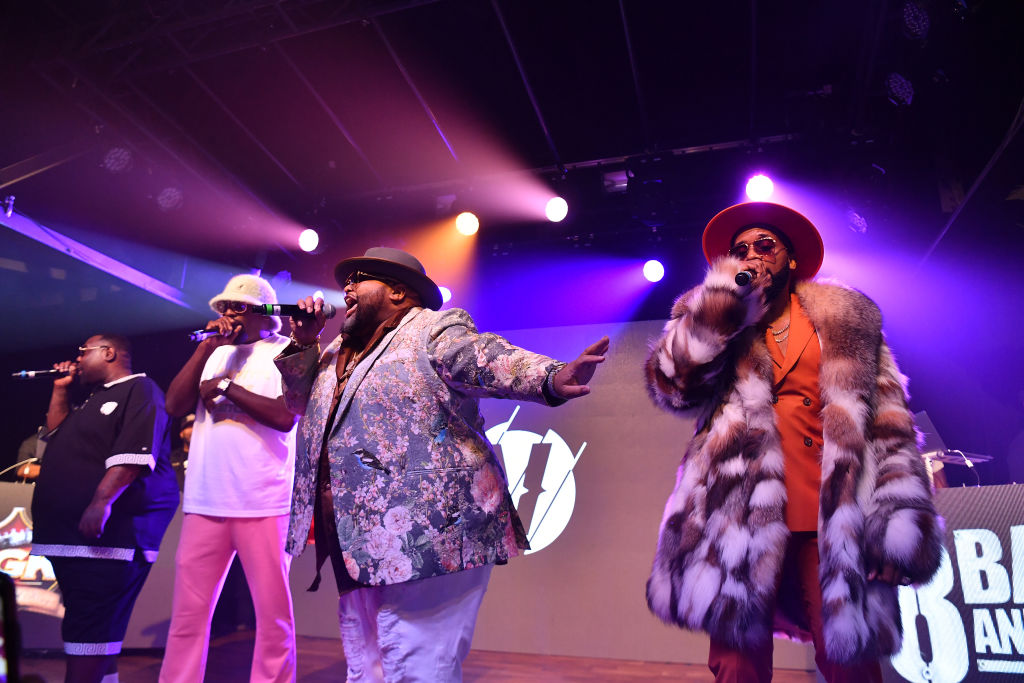 Last night (May 26) in Atlanta, Georgia, two of the most iconic rap duos in hip hop history finally met in an epic Verzuz battle.

The way this week was going, that 8ball &MJG vs UGK was just what I needed to give my mind a break. #VERZUZ

started on time and they playing all the classics. #VERZUZ

After Onyx and Cypress Hill went head to head during a Triller Fight Night on May 14, Verzuz returned as fans got to witness Memphis legends 8 Ball & MJG take on Houston legends UGK (RIP Pimp C). Over 80,000 people tuned in to see the giants go at it in a battle of their hits including the likes of Snoop Dogg, DJ Scratch, Slim Thug, Jermaine Dupri and Fat Joe.

No one left disappointed. The two heavyweight groups traded classic Southern rap tracks that had everyone watching feeling very nostalgic. Songs like 8 Ball & MJG’s ‘Don’t Make Me’ and UGK’s ‘Int’l Player’s Anthem’ (which seen Big Boi make a surprise appearance to perform his verse) were the epitome of what the battle was, a celebration of real hip hop.

Southern Hip Hop is really just so great and so influential. Y’all don’t even understand. #Verzuz

This #VERZUZ re-emphasizes how trash 90 percent of modern rap is now.

The night included a moment of silence for the lives lost in the Uvalde, Robb Elementary School shooting earlier this week. Pimp C was showered with love the whole night. Bun B not only performed UGK hits, but he also went into his solo bag to bring out more hits. On top of Big Boi, Twista, Sleepy Brown, David Banner and Jazzy Phae also made appearances. We even got to see 8 Ball call out fellow rapper and ‘Million Dollaz Worth of Game’ cohost Gillie Da Kid about a story he got wrong involving Rap-A-Lot Records founder J. Prince and the late DJ Screw.

Can we take a moment to salute Bun B tho???? He did the verzuz all alone with no prob. I felt the spirit of Pimp C.

Bun B is one of the single greatest hip-hop ambassadors. Never heard anyone speak ill of him.

When I last spoke to Bun, he teared up and said that Pimp’s faith in him is what’s kept him going for this long. #VERZUZ

Bun B taking a moment of silence for those lives lost at Robb Elementary School this week. Truly Texan to his soul. #VERZUZ

BUN B IS AN ELITE MC. FUCK WHAT YOU HEARD. #VERZUZ

Me listening to Bun B perform his verse on ‘Murder’ #VERZUZ pic.twitter.com/v4JzsY7W7R

Bun B after rapping all these UGK records #VERZUZ pic.twitter.com/MGhsnZxs1f

It was an action-packed night indeed. As with every Verzuz battle, fans were quick to share their thoughts about the gigantic matchup. A lot of viewers applauded the legendary rappers for their longevity, their contributions to the culture and the timelessness of their music.

Soon as you heard “Buss a nigga head, smack a hoe, shoot the club up!” in the club #VERZUZ pic.twitter.com/c9i7NEpHFM

Now that’s how you do a #VERZUZ
No glitches, no circus acts in the beginning, no DJ battles… Legends acting like legends!!! Kings acting like Kings!!! Beautiful!!! This was EVERYTHING! pic.twitter.com/Bg7z20Nmzd

Everyone who watched weren’t all the way happy though. Some people noted how they felt like the battle should’ve taken place in another city due to the fact that the crowd was not as engaged as they felt like they should’ve been. You can watch the battle here if you missed it last night and judge for yourself.

Catching up on #VERZUZ from last night. Smh, the crowd was not a good representation of UGK and 8Ball & MJG fans! I wish the would've promoted more and used a bigger venue. This woulda gave people more time to come out really give these legends the love they deserved!

This new South energy where folks don’t get hype gets on my nerves. This audience is not giving anything. Don’t know this music. These are legends! This music is when the South really had something to say. When our storytelling was unmatched. When we fought to be heard. #Verzuz

The #Verzuz should’ve been in Birmingham. Atlanta too Hollywood for UGK

The crowd is BORING!

The energy too low for #VERZUZ YALL AINT HYPE ENOUGH FOR UGK FOR ME pic.twitter.com/6cEc0VwZZ4

Who do you think won the Verzuz? What was your favorite one so far? Who would you want to see battle each other next? Be sure to let us know in the comments.