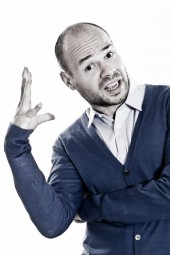 Location:
Berlin, De
Type:
Artist / Band / Musician
Genre:
Progrsv House / Electro / Techno
Site(s):
Site
Label:
Electribe, Sprout, Systematic
Type:
Indie
BioConnections
Marc Romboy
Beckers
Sally Doolally
Jerome Isma-Ae
Oliver Klein
Kasey Taylor
MOS
Flow & Zeo
Criss Source
Leif Hatfield
eL kOrE
Logiztik Sounds
MFM Booking
DJ Zombi
Sprout Music
Plastik Park Records
Sandrino
SVEN PALZER
This guy is German. He really is, trust me! Looking at his tour calendar, you wouldnt know it. Because D-Nox spends more time abroad, captivating huge crowds worldwide with his genre defying sets between Techno, Electro and Progressive House, than in his motherland. About 95 percent of the time he is busy somewhere between Mexico, Israel, China, Australia, Russia, Japan or God knows where. Often playing in front of 20,000 and more party-goons at the most renowned venues. Has this man forgotten about his roots, neglected his heritage? Certainly not, but D-Nox is simply one of the top Export-Acts of his own country. How did this come about, you might ponder? Well, let me tell you.

This more than eager youngster already started spinning 12inches way back in the days, 1992 to be precise. He was instantly consumed by the first wave of Techno-Music that hit Germany at the time. Within a couple of years D-Nox had landed residencies at some of the elite clubs of his region; The Poison Club 1994-96, Ratinger Hof 1995-97, Area Code 1996-2000 and Evosonic Radio 1997-99. Basically never being out of a residency job for more than a few months. Of course simultaneously stirring up numerous top notch clubs such as the Tresor, Tribehouse, Ultraschall and the Aufschwung Ost. His intimate interplay between the electrified audience and himself is the reason for his immense popularity as a deejay. Preferably long sets with countless ups and downs are his trademark, toying with the hungry crowd for several hours, before finally dropping the party-bomb on them.

After gaining enough experience and musical know-how over the last decade, D-Nox decided to also pursue other goals. 2000 was the year he landed a job as an A&R for Tatsu Records. For the next 48 months the talent agent was active spotting the next big unsigned thing. But being the hack that he is, D-Nox started his own label called Sprout Music. Just a short period after which he also started the sub-label Plastik Park. This chap was practically breathing in music 24 hours a day.

His greatest accomplishments as a producer were yet ahead of this already extremely experienced know-it-all. The project D-Nox & Beckers was introduced to the electronic-community. Tracks such as Jetlag Slave (Baroque, UK), Seven Hours (Electribe) and Memory Cell (in cooperation with David Amo & Julio Naves from Spain) where all incredibly successful 12inches. All reaching the number one spot on Beatport, the international top download webpage for all electronic producers. The debut album had to ensue. 2007 marked the year of the LP Left Behind, which was once again released on the label Electribe. All new and original tracks were written and recorded for the longplayer. Instead of simply positioning one song after the other, D-Nox & Beckers intertwined all tracks with each other, giving the listener the vibe of a live DJ-mix. Left Behind was especially auspicious in Japan and Brazil. The first single Shanghigh was another enormous breakthrough track for the dynamic duo. Minilogue and Patrick Zigon remixes will be released shortly. Aside from their own productions, D-Nox & Beckers are highly sought-after remixers. Minilogue, Tocadisco and many well-known artists are among the musicians they have worked with.