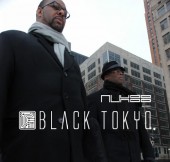 Audio Realism New Drum Machine Endorsement
Both drum machine and 303 synths are Used on the soon to be released Aux 88 Black Tokyo PROJECT.
Aux 88 Loves this new piece of software added to there studios.
Thank you Audio Realism for Giving us the Software emdorsement.
www. audiorealism. se

Both Drum machines were used on Aux 88
upcoming project Mad Scientist and Black Tokyo.
"Preview on the player above"

Aux 88 long standing in the Aux Quadrant have
reemerged as Arashi Hoshino and Shin Muramatsu.
The mental transformation from Aux 88 to Mad Scientist has set events into motion that have converted the mad scientist mental circuitry in to two unique entities.
Using smaller more adaptable nano circuitry to create new electronic synthesis from the original Aux Voice and mind. Black Tokyo are visionist, scientist, and mental programmers on the teachings of Electronic sound. Black Tokyo's second laboratory long thought to be Hidden somewhere beneath the dark streets and factories of Detroit have assembled some of the world’s most advanced Technology and software to create new devices of electronic sounds.
Aux 88 have been under surveillance for years by others who have sought to learn if the two Aux 88 Members are indeed the same entities the mad scientist or are have they indeed transformed into
Black Tokyo. The two men have ventured into their 4/4 techno world Black Tokyo
Witness the conversion of Aux 88 to .BLACK TOKYO

What happens when you take an accomplished dancer who's musically trained and a Mobile street dj classically trained and unleash them in a studio? Well, if the conditions are right, you might get Aux 88. But not overnight.
Tommy Hamilton had always been musically inclined. From the age of 5 he had played with drums, so the concept of the beat and rhythm were with him early on. While he was in high school in the early 80's, influenced by his sister, he became a dancer. Tom Tom, as he was to be known, became a member of a number of different dance groups, from the Cosmic Swingers, the Motor City Poppers, to the Devo Dancers. Things were going good, but Tom was looking for more. It was through the dance scene that Tom met up with Keith Tucker, a local dj who was looking for more.
Together, in 1985 accompanied by Anthony Horton, Tucker and Hamilton formed RX-7.
RX-7 was a live band that performed inspired cover versions of Cybotron and Model 500 tracks.
It wasn't so much that they were trying to break new ground by playing live-they knew no other way. MIDI and sequencers were virtually unheard of; especially to two east side Detroit boys who simply had a love for the music. Tucker, a avid sci-fi fan started to buy older models of analog gear and pursue sending out demo tapes to various local Detroit Techno labels. He received a response from Metroplex Records; Juan Atkins label, and signed as Frequency. Under this alias, Tucker recorded such tracks as, " Television, Frequency Express, and New Jack House. " On the track " New Jack House, " Darren Muhammad of Adrenalin M.O.D. did the vocals and Juan Atkins did the mixes. Tucker learned a lot from his experiences with Metroplex Records
In September of 1992, while working on new tracks for Metroplex Records, Tucker received a visit from Tommy Hamilton. They brought their experiences together to form AUX-88, and found that their music talents had matured since the early 1980's. Using their Detroit Techno background, the two quickly accumulated a mass of new tracks together, as well as individually.
The reunification of Tom Tom and Tucker found that their time apart had done them both good. With a renewed sense of purpose, they put together a fusion of styles and added Anthony Horton and vocalist Andrea Gilmore to become.Sight Beyond Sight. SBS was soon signed to 430 West Records. While SBS enjoyed a degree of success, Tom Tom and Tucker made the decision to continue with the bass heavy techno they had began with some time earlier. 1993 saw this return to their roots as the birth of Aux 88.
As Aux took off, SBS was put on hold and the other members went to work on individual projects. Then, as if to acknowledge the move, Aux 88 released "My A.U.X. Mind" which went on to become a Detroit classic. Putting the icing on the cake, Aux 88 joined up with Mad Mike Banks to perform with Juan Atkins as Model 500 on the 10th anniversary of his label, Metroplex. However, the evolution of Aux 88 was not over.
In 1995, desiring to do more experimental tracks, Tucker went solo and created his own label called Puzzlebox inspired by close friend Anthony Shakir. Tom didn't miss a beat. Reuniting with BJ (Posatronix) former dancer, Aux 88 went on to release the full length CD, "Man or Machine." Touring both the US and Europe, and with video airplay on MTV's AMP, Aux 88 began the process of turning on the planet on to their techno/bass/dance fusion. Still, it was not enough. Aux had already made a name for itself via live performances. As individuals who had been deep in the scene long before recording music, they knew they had to take it to the next level. Acting on a tip from another recording artist on 430 West, Octave One, Tom met up with the young DJ Di'jital. Already established in the Detroit underground scene, Di'jital joined the Aux 88 live show. As Aux played live, Di'jital mixed an array of music. The effect was that of an electrified old school hip hop show. It isn't accidental. Aux 88 is one of the few who remember that techno has its roots in the hip-hop of pioneers like Afrika Bambaataa, Planet Patrol and Newcleus. If anyone mistakes their live show as a scaled down electronic hip hop oriented Parliament show, well, you're not too far off the mark. After the success of "Man or Machine," BJ left to explore other musical realms while Tom Tom went on to record "Xeo-Genetic," the last Aux offering on Direct Beat records. The Album received two Detroit Music awards for Best Artist and Best Recording.
2002 saw what seemed to be a return of aux 88 as the Auxmen to close out the 2002 Detroit Electronic Music Festival. Tucker was asked to close out the festival on the main stage with a history of techno. Seeing and knowing that the only group to pull it off was Aux88, Tucker elected to change the name to the Auxmen and perform with all members of aux88. Unfortunately Tom was not available to perform, but instead sparked the return of the duo now exclusively on Puzzlebox Records.

Video Teaser AUX88 Portrait Of An Electronic Band The Documentary