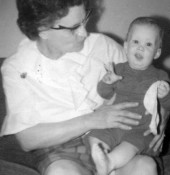 I'm a songwriter/singer/guitarist and producer. I write a book every now and then, when money is tight. Check out "The Everything Songwriting Book" (Adams Media). It's been through several printings and American Songwriter Magazine called it the most complete songwriting book ever and said "No songwriter should be without it". I don't know about all that, but it sure felt good to read the review.

Myspace music doesn't have a box for this but, I'm happy to say that I'm in a relationship with a WONDERFUL woman named Kristen, whom I probably don't deserve. but I'll take all the good God wants to give me.

Back to me (this, after all MY space), I am a compulsive reader. I was in the first rock band to tour China. I have played at the Ryman (WSM Fanfare show) and I was a frequent guest on 'Opry Star Spotlight' while it was on the air. I've shared the stage with Charlie Louvin, Bad Company, Brad Paisley, Foghat, Stonewall Jackson, Wanda Jackson, Humble Pie, Chad Brock, The Georgia Satellites, Black Oak Arkansas, Juice Newton, Blake Shelton, The Byrds and a bunch of other cool people.

Lost In You / CJ Watson