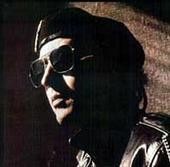 Just the mention of The Rationals name will get longtime Detroit music scenesters in a twitter. Music lovers who truly know their Detroit music history understand just how ground-breaking this band was, but for several reasons didn't have the name-power as their Detroit peers, respectively.

Fans of the legendary blue-eyed soul/garage band have been clamoring for a legitimate Rationals collection of their A2 Records material for years. Well their wait is finally over!

While the MC5, The Stooges and Bob Seger get all the ink, it was The Rationals (Scott Morgan on vocals & guitar, Steve Correll on vocals & guitar, Terry Trabandt on bass & backing vocals and Bill Figg on drums & percussion) who kicked down the doors and legitimized the local music scene in the mid-1960’s. They were one of the first local bands to actually get their records played in high rotation at CKLW and WKNR, two of the most influential radio stations in Michigan and the U.S. at the time.

Aretha Franklin reworked their cover of “Respect” (bet you didn't know that one!) and made it into a huge hit. Bob Seger, James Osterberg (aka Iggy Pop) and soul legend Deon Jackson were even guests on their records. But alas, the band almost became a side note in Detroit’s musical history due to a lack of a proper album release from their salad days. Until now. Big Beat rectifies the situation with Think Rational, a stunning 34-track collection, including 20 unreleased tunes over two discs.

When you heard the opening notes of “Feelin’ Lost,” “Be My Girl,” “Gave My Love” and “I Want To Walk With You” you have the feeling that something special was going on. The Beatles-esque chords and the impeccable harmonies set them apart from the typical garage band.

The Rationals were so much more musically wiser than their teenage years let on. Yeah, the band could rock out on the cover tunes as showcased on “I Need You” (the Kinks cover), “Gloria,” “Smokestack Lightning” and “Leavin’ Here.” But it was their love of soul music and how it impacted their own music style that really made them stand out.

One minute they would blow everybody away with slow pleading tearjerkers such as “I Need You “(the non-Kinks tune of the same name), “Ha, Ha” and “Temptation ‘Bout To Get Me” and the next minute they would have everybody moving and groovin’ on the dance floor with “Respect,” “I Gotta Go Now,” “Hold On Baby” and “Poor Dog.” The band even pushed the soul envelope further, highlighting Scott Morgan and Steve Correll’s call and receive vocals (ala Sam and Dave) on “Knock On Wood,” “Listen To Me,” “You Got It Made” and “Said I Wasn’t Gonna Tell Nobody.”

The Rationals disbanded in 1970, never really getting the respect that they richly deserved.

With the release of Think Rational, it’s good to see the band getting their much belated props by finally getting a CD release that lives up to the band's reputation as the kings of Detroit’s rock 'n roll scene in the '60s. — Wade Townshend

I'LL MISS YOU MY BROTHER

A message from Kathy and Scott Asheton

These stories are HERE

Sung with a Michigan-rock vengeance from the point of view of a soldier up to his helmet in a firefight, the Bob Seger System's 1968 grenade 2 + 2 = ? basically a searing fuzztone riff and hellish-chant chorus now sounds like great out-of-Iraq roll. It's also way too elusive on vinyl and CD, so Scott Morgan, one of Seger's killer peers in the Sixties and Seventies, has cut the song with his band Powertrane for imminent release. While you wait to buy, play it loud at myspace.com/scottmorgandetroit.

We’re proud to announce the BRAND-NEW split single featuring The Solution and Powertrane.

There are only 100 numbered copies of this 7" GOLD VINYL edition. Guaranteed to be GREAT! Units are shipping across the globe so order soon. CLICK HERE FOR MORE INFORMATION AND TO ORDER.

Read a REVIEW on I94Bar HERE where it got 5 martinis!

Hydromatics tour manager Benno Goldewijk has been tragically killed in an accident while breaking down the Rolling Stones stage in Spain. The full story is here. Benno was an experienced tour manager, friend and assistant to the Hydromatics and was involved in mastering the soon-to-be-released new studio album. He'll be sadly missed when the Hydros hit the road later this year.

Scott's U.S. band Powertrane opens for the STOOGES in Detroit!

in the '60s, Scott Morgan has been a long-term torchbearer for

Over the course of innumerable albums and shows with The Rationals,

Based in Ann Arbor, Michigan, but equally busy in Europe, he's

teaming with the leader of Sweden's Hellacopters, Nick Royale, as The

Solution, to turn on a new generation to the sounds of Motown and

Stax. AFTER European festival shows with The Solution

(supporting The "Communicate!" album and its Swedish top five single

"I Have to Quit You"), Scott keeps forging ahead. The solution has

Just released their second studio album "The Solution Will Not Be

Televised" in Sweden to critical acclaim and heavy sales. Scott is

back from a promo trip to Stockholm, including the Swedish Morning Show

His US band Powertrane has unleashed their first studio album

of asphalt tough, road rock entitled "Beyond the Sound".

from a tour of France and Italy) titled "3 Assassins", and a live in

who have recorded three studio releases to their credit. The Hydromatics

recently unveiled their third studio album, "The Earth Is Shaking" for

Suburban Records and went out on a one-month Western European tour.

In 2006, the Sonic's Rendezvous Band box set was released on Easy Action

and became their top seller. This year you can look forward to a Rationals