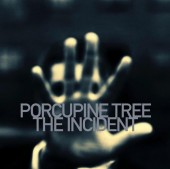 The band was founded by Steven Wilson, initially as a solo project. The first major release was ‘On the Sunday of Life.’ in 1992, an album of psychedelia and studio experiments which bears little relation to the band's current sound. From here, Wilson expanded the sound, creating the progressive rock/ambient trance fusion on the 30-minute long single “Voyage 34.” One of the only constants in Porcupine Tree’s music is how it continues to evolve and confront the expectations of the band's fans from album to album.

In late 1993, the solo project became a band, as Colin Edwin (bass), Chris Maitland (drums), and Richard Barbieri (keyboards) were recruited to enable Porcupine Tree to perform live. Richard had previously been a member of one of the most experimental 80's bands, Japan. The first real band album recorded was ‘Signify’ in 1996, which was followed by ‘Stupid Dream’ (1999), a breakthrough album which saw the band move into a more song-orientated direction. ‘Lightbulb Sun’ continued along that song-oriented tack, but, never content to rest on their laurels, Porcupine Tree changed course again for their next release, shuffling their lineup for the first (and to date, only) time. Chris Maitland departed and was replaced by Gavin Harrison in 2002, as the band signed a new international recording deal with Lava/Atlantic Records.

Since then, two major label album releases, ‘In Absentia’ and ‘Deadwing,’ have augmented the band's renown. Heavier than previous releases, the albums have found favor with older fans and introduced Porcupine Tree to a whole new audience. The band also firmly established itself as being on the cutting edge in the audiophile/surround world: In Absentia and Deadwing were both released as 5.1 DVD-Audio editions by DTS Entertainment, and each won the Surround Music Award for Best 5.1 Mix in 2004 and 2005 respectively.

In late 2005, Porcupine Tree re-signed to Atlantic Records for the US, but moved to the highly successful independent rock label Roadrunner for Europe.

In September, 2006, Porcupine Tree released its first DVD, the live “Arriving Somewhere.,” filmed in Chicago during the Deadwing world tour. The DVD was critically acclaimed for both its visual quality, as well as the 5.1 mix: reviewing the DVD, Sound and Vision magazine concluded, “When it comes to surround sound, Porcupine Tree is in a league by itself.”

In December 2006, recording commenced on the band’s ninth studio album. The album, Fear of a Blank Planet, is the band’s most ambitious and cohesive work to date. Much of it was debuted last November to enthusiastic fan response on Porcupine Tree’s sold-out U.S. and European tours in support of the release of “Arriving Somewhere….” The album title is a reference to the lyrical content of the song-cycle on the album: a 21st century cocktail of MTV, sex, prescription drugs, video games, the internet, terminal boredom, and subsequent escape.

In April, 2007, the band will embark on a six-month world tour in support of “Fear of a Blank Planet,” one that will include Europe, the US, Japan, and Australia. The new album will be featured, and the show will feature the films and projections by the band’s long-time visualist Lasse Hoile.

Fear of a Blank Planet was released in April for Europe and the rest of the world on Roadrunner Records and for the US on Atlantic Records. It quickly became the band's most critically acclaimed and commercially successful album to date, charting high in most countries (even giving the band their first top 40 album in their home country), and selling 250,000 copies. The surround sound mix was nominated for a US Grammy award. PT spent most of 2007 on tour promoting the album, and a new EP "Nil Recurring" containing material left over from the album writing sessions was released via a one-off deal on Peaceville Records in early 2008.

2008 saw the band members mostly involved in other projects, but at the end of the year the band reconvened to work on their next studio album. The Incident was completed in May 2009 and is set for release on Roadrunner Records worldwide in September.