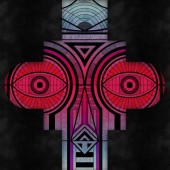 if you wanna book a show, or get in touch, please DO NOT send a myspace message here, myspace messaging is horrible and it wont be responded to or likely even read, email anything to tb6biz(at)gmail(dot)com

for a current list of kid606 shows it is probably best to check http://www.myspace.com/littlebig1120

if you want to hear my new releases in there entirety, they will always be available for free streaming at http://soundcloud.com/tigerbeat6

if you want me to hear your music, do not send a link to a myspace page, do not ask for an email address to send it to to, drop it in my soundcloud dropbox

Send me your track

KID606 is dedicated to bringing his uniquely reckless fucked up and beautiful music to our fucked up and beautiful world. Insipired by the best of electronica, punk, jungle, hiphop, bass, dancehall and techno, Kid606 Fuses it all together with a love of pop culture that Andy Warhol would approve of. Apart from running the labels Tigerbeat6, Shockout, and Tigerbass, Kid606 has performed all around the world many times over, and released records on highly regarded labels such as Ipecac, Wichita, Mille Plateaux, Fatcat, Souljazz, and Carpark. His highly original productions helped spearhead and define the edgy and confrontational glitch and mashup styles that are now common in modern music production. His album "Down with the scene" (2000) was a landmark release for the burgeoning international electronic music scene, with everything from hardcore ragga jungle and serene ambient to abstract IDM and the dubby soul classic "Secrets 4 Sale" with Mike Patton. Things only got more exciting as Kid606 delved deep into the seedy overworld of mainstream music with critically acclaimed unofficial remixes that many people wanted to hear yet no one else was willing to make. All the while releasing his own original and diverse productions as well as official remixes for Amon Tobin, the Rapture, the Locust, Foetus, Depeche Mode, The Bug, Peaches, Dälek, Ellen Allien, Saul Williams, Super Furry Animals, and countless others.

His new album "Shout at the Döner" drops late April, and is easily his most accomplished record to date, it combines all the brash and exciting plunderphonic and sampledelic elements he is best known for with a whole new world of uncharacteristically musical and danceable hooks and styles which are both fresh and timeless. 606 draws on some of his biggest electronic influences like LFO, AFX, Mike Ink, Green Velvet, Mouse on Mars, the Prodigy, Daft Punk, Shizuo, Mr. Oizo and Giorgio Moroder, to make bold and powerful songs about the decline of America, leaving California, broken hearts,drunken hook-ups, social phobias, soulless partying, economic downfall, gnarly basslines, ego worship, moving to berlin, diva vocals, baltimore club, obsessive compulsive disorder, the best parts of horror movies, acidhouse, ADHD, shameless irony, speed garage, megalomania, LSD, satanism and the ever prevalent Döner Kebab, arguably europe's best late night cuisine to consume on the way home from from the club, (Especially if you had to much to drink!).

We think this release is the Kid's first successful stab at what we like to call "schizotronics" actually combining elements of many different Dance music styles into new songs without pretension,trying to hard to fit into any trendy genre, or losing the joy and energy of the driving beats and basslines that make music so fun in the first place.

NEW FREE DJ MIXES AND TRACKS TO DOWNLOAD OR STREAM

Kid606 - Never Underestimate The Value Of A Holler (Vipee-Pee Mix)

Kid606 - Yr Inside the Smallest Rave on Earth

Kid606- Dancehall of the Dead
▶ View All Videos