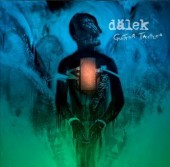 “…ambient noise recalling that of Mogwai is hip-hopified a la Public Enemy.” – Spin.com

Dälek has rightfully gained iconic status as one of the finest alt-hip hop bands of our time. Until recently ”resolutely underground”, Dälek methodically undermines every idiotic idiom perpetuated by mainstream rap, choosing instead to blend assaultingly hypnotic rhymes with a corrosively atmospheric, electronica-inflected hard rock sensibility. Combine all this with an undeniable lyrical intelligence and absolutely no illusions about the world we live in and you’ve got a duo that effortlessly embraces genres--from hip hop to jazz, from jazz to metal, from metal to punk, from punk to noisecore, from noisecore back to hip hop. Think My Bloody Valentine + Tool + early Wu Tang combined with Massive Attack and Aphex Twin and you only begin to wrap your brain around what Dälek has unleashed with each album release, each collaboration, each remix…

Dälek’s first release, NEGRO NECRO NEKROS (Gern Blandsten 1998) was released to overwhelming critical acclaim, artfully combining elements of Faust, the rock grit of The Velvet Underground, shoegaze-like density of Ride, and electronica beats with incisively lyrical social commentary. Dälek's second album, FROM THE FILTHY TONGUE OF GODS AND GRIOTS (Ipecac Recordings 2002) established them firmly alongside hip-hop innovators such as the Antipop Consortium and cLOUDDEAD. Come 2004, Dälek released their dense and dread-filled album ABSENCE (Ipecac Recordings 2004), which brought them their broadest critical and public attention to date. Then, in early 2007, the band released what is perhaps their greatest work: the eloquent and brooding ABANDONED LANGUAGE (Ipecac Recordings 2007). The resulting press coverage around this release speaks for itself:

“Even when they abandon language completely, Dälek can still deliver the art-damaged goods.” - Alternative Press “100 Bands You Need To Know in 2007”

“Dälek has fashioned the soundtrack for our post-millennial angst.” - Magnet

“…instead of creating a sense of intimidation through overpowering samples and sheer brute force, they realize it through a cinematic eeriness and minimalist disquiet.” – Dusted

“…an incantatory power…the social Armageddon the rapper prophesies may never happen, but the group’s caustic music conjures it with persuasive force.” – The Washington Post

Ever prolific, Dälek is touring throughout Europe and the US in late 2007, in addition to working simultaneously on their next two albums, producing a number of fellow artists and creating remixes and cutting-edge beats upon request…with much, much more to come.

ALSO CHECK OUT THEIR RECORDING STUDIO

Spyda D - Its Up There | Directed By Rio Productions

Dynoro & Gigi D’Agostino - In My Mind