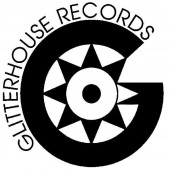 Location:
De
Type:
Record Label / Publishing / Artist Management
Genre:
Indie / Rock / Americana
Site(s):
Site
Type:
Indie
BioConnections
JJ GREY & MOFRO
Woven Hand
Scott Matthew
Boy Omega
LAMPSHADE
The White Birch
Michael J. Sheehy
RyKarda ParAsol
Willard Grant Conspiracy
Lilium
Ben Weaver
timesbold
Hugo Race and the True Spirit
Washington
Seachange
black lipstick
Knife In The Water
The Great Crusades
the walkabouts
sub oslo
The Transmissionary Six
Savoy Grand
Dirtmusic
Orange Blossom Special
GLITTERHOUSE RECORDS
It started as a fanzine, in 1981. Deep in the middle of nowhere, in a hick town in Germany, two music lovers, Reinhard Holstein and Rembert Stiewe, dedicated a lot of their spare time to Sixties-Garage Rock, Psychedelia, Punk, the Paisley-Underground and whatever was leftfield enough to match their taste in music. Soon after, Glitterhouse was a record label, too. And a mail order. And suddenly, in 1984, Glitterhouse Records became a profession.
1987 saw the start of a license cooperation with the Seattle–based Sub Pop label. All of a sudden the Glitterhouse people had acts like MUDHONEY, TAD, THE SCREAMING TREES in their artist roster. Needless to say, the label almost single-handedly brought the grunge phenomenon to the old world. At the same time Glitterhouse took care of the Minneapolis –based AMPHETAMINE REPTILE RECORDS, being responsible for acts such as the infamous HELMET, TAR, COWS and CHOKEBORE. The rest, as they say, is history: The relation to both labels remained intact – but over the years the enthusiasm for licensing product as opposed to signing new talents themselves was shrinking. The business relations to both Sub Pop and Amphetamine Reptile Records came to an end in the mid 90s.
Glitterhouse Records decided to concentrate on their own signings again.
Over the years there’s a plethora of shining artists who recorded for Glitterhouse Records. More than 700 releases in 25 years… that alone is quite an impressive number.
If one quality should be sufficient enough to describe the company, “enduring” would be a good choice since Glitterhouse Records celebrates its twenty-fifth anniversary these days, still going strong. Only few independent labels can exhibit an artist–roster as delicate yet diverse as theirs, being the home of WOVENHAND, LILUM, DIRTMUSIC, TAMIKREST,THE WALKABOUTS, SCOTT MATTHEW, BASKERY, PERE UBU, early MONSTER MAGNET, FRIENDS OF DEAN MARTINEZ, the now defunct MIDNIGHT CHOIR, BUTCH HANCOCK, WILLARD GRANT CONSPIRACY, HUGO RACE, SAVOY GRAND, THE GREAT CRUSADES, just to name a few.
As if they weren’t busy enough running the label and the mail order, the company organizes the annual ORANGE BLOSSOM SPECIAL open-air festival in their neat hometown of Beverungen. And only recently they added the in-house booking agency GLITTERTAINMENT to their “glitterfolio.”
Stagnancy is a foreign word to these cats, so it’s highly likely that you’ll hear from them in the near future, possibly on a tasty record you’ve just purchased!