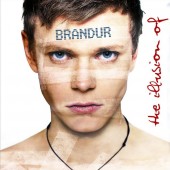 A musical genius, a natural and a talent in addition to the ordinary.

Here is the artist, the musician and songwriter Brandur!

He is currently working on his upcoming album. By his side Brandur has the outstanding producer Christoffer Lundquist. Christoffer used to play in Brainpool but now days runs the studio Aerosol Grey Machine in Skåne. He has worked with stars like Per Gessle, Gyllene Tider, Ed Harcourt, Ulf Lundell, Moneybrother and Roxette among others.

With two multitalented musiclovers in the same studio the result was exactly what we expected. A retro sound that originates from 60’s powerpop has takes a winding way via Elton John, Simon & Garfunkel and Gilbert O’ Sullivan to modern artists like Mika, Gavin DeGraw and Jason Mraz. A couple of beautiful epic produced ballads. A journey between different styles where the melodies, quality and personality always are in focus. First single out is the fantastic song “Sometimes Truth Needs A Lie”.

In addition to his unique voice, Brandur plays guitar, piano, trumpet and flugelhorn.

Brandur moved to Sweden in 2006 to attend the Songwriter’s Academy Musikmakarna in Örnsköldsvik. They discovered his talent straight away and he had both a publishing- and a record deal before his exam.

Brandur is born and raised in the Faroe Islands. He started to sing when he was two and by the age of twelve he released his first album which was a success in Denmark and Iceland.

Only 20 years old and a musical wonderchild – the story has just started. Brandur is here to stay!

Brandur Enni - Other Side of the World

Brandur "The Illusion of" (official video)