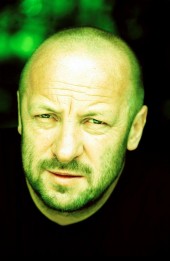 Zbigniew Preisner (b. 1955) is Poland's leading film music composer and is considered to be one of the most outstanding film composers of his generation. For many years Preisner enjoyed a close collaborationwith the director Krzysztof Kieslowski and his script-writer Krzysztof Piesiewicz. His scores for Kieslowski's films Dekalog, The Double Life Of Veronique, Three Colours Blue, Three Colours White and Three Colours Red have brought him international acclaim. Preisner currently lives in Poland and Switzerland.

During the last twelve years Preisner has scored many international feature films including Hector Babenco's At Play In The Fields Of The Lord, Louis Malle's Damage, Luis Mandoki's When A Man Loves A Woman, Agnieszka Holland's The Secret Garden, and Charles Sturridge's Fairytale: A True Story.

Preisner's soundtrack album for The Double Life Of Veronique and the three CDs of the soundtracks for Three Colours Blue, White and Red have sold more than two million copies around the world. The Double Life Of Veronique CD -originally released on the Sideral label in 1991 and re-issued on Virgin in1998 - was awarded a Gold Disc in France in 1992. Preisner's Music, the live recording of the suite drawn from the music he has created for films, achieved Platinum Disc status in Poland (more than 80,000 copies sold).

In 1994 Preisner was commissioned to write the title music for People's Century, BBC TV's 26-part series documenting the history of the twentieth century, co-produced by WGBH Boston. The series was shown on PBS in the USA and has now been seen by television viewers in over 30 countries.

Requiem for my friend, Preisner's album of music dedicated to the memory of Krzysztof Kieslowski is his first large-scale work specially written for recording and live performance. Released on Erato Disques (Warner Classics) in October 1998 the work received its world premiere at the Teatr Wielki, Warsaw, on 1st October 1998. The recording features the Sinfonia Varsovia and the Varsov Chamber Choir, with the Polish soprano Elzbieta Towarnicka, whose singing is a trademark of Preisner's film scores.

Among many awards and citations Preisner received the Silver Bear from the Berlin Film Festival in 1997, two Cesars from the French Film Academy one in 1996 for Jean Becker's Elisa, and one in 1995 for Three Colours Red and three consecutive citations as the year's most outstanding composer of film music in The Los Angeles Critics Association Awards of 1991, 1992 and 1993. Preisner is a member of the French Film Academy and in 1992 he received the Award of the Minister of Foreign Affairs for outstanding achievements in the presentation of Polish Culture abroad.The soundtracks to the Three Colours Trilogy have now been re-issued on MK2 Music, together with a new compilation titled Preisner-Kieslowski, featuring tracks from Dekalog, The Double Life of Veronique and the Three Colours films.