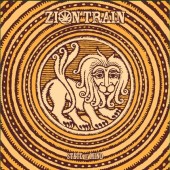 Location:
US
Type:
Artist / Band / Musician
Genre:
Dub / Reggae / Live Electronics
Site(s):
Site
Label:
Universal Egg/Deep Root
Type:
Indie
BioConnections
Vibronics
YT
Digitaldubs Sound System
Earl 16
Smith & Mighty
Princess Jewels
radikal dub kolektiv
Omar PERRY
kingston
Dub Terror
Music'action
Abassi
D_SMACK_U PROMOTION - Prague (CZE)
deep root
Polcari
Siodemki.com
Universal Egg
Love grocer
Ital Horns
colonel hattie's dub-werkstatt
jah free
Lockz
Maken Agency
Zion Train are Dub/Dance pioneers and have been undisputed leaders in the genre for more than 15 years. The band are heavily involved in alternative and DIY underground culture and have been since the 90s as well as being purveyors of the finest Roots Reggae music throughout this period. They are one of the finest live dub acts in the world and promoted the practice of dynamic onstage dub mixing which they perform alongside acoustic instruments and the best live vocalists.
Zion Train was founded by Perch (live dub mixing/production), in 1990 and he was later joined by Cod (melodica/production), Tench (production), Molara (voice), Hake (trumpet), and Forkbeard (trombone). Between 2001 and 2005 Dubdadda added extra live vocals and Bigga replaced Forkbeard on trombone in 2001. The live line-up has always been very flexible, varying from Perch and a vocalist for sound-system gigs, to the full lineup for larger events. From 2006 Molara concentrated on her solo projects and Zion Train live features a variety of renowned vocalists including Dubdadda alongside Earl 16 and YT.
Zion Train have been one of the planet's most prolific groups, along with a mammoth recorded output and innumerable production credits, remixes and song writing collaborations they have produced magazines, CD-ROMs, Internet sites and built sound systems. Their early releases were on their own Universal Egg label, until in 1995 they signed to China Records. They released the world's first promotional dub music video for the 'Get Ready' single and caused a furore with the publicity campaign for their ‘Homegrown fantasy’ album.
Back on their own Universal Egg label since 1999, they have continued to release quality dub, electronica and world dance music. Their work from the past decade and a half still sounds fresh to today's discerning ears.
2005 saw the reissue of the bands seminal and long unavailable first and second albums; 'A Passage To Indica' and 'Natural Wonders Of The World In Dub' remastered and redesigned. 2006 saw the re-release of the third album 'Siren', which was thought by many to herald the birth of the dub-dance vibe that swept the globe in the 1990s. A new album entitled 'Live As One' was released in September 2007 and will be followed by a remix album - see below.

September 2007 saw the release of the first album since 2002 . Entitled ‘Live as One’ this is the ninth long player from the UK Dub collective since their 1992 debut ‘A Passage To Indica’. The band are back with a beautifully produced ‘New Roots’ release.
‘Live As One’ features seven vocalists in various styles. Seasoned performers Earl 16, Tippa Irie and Dubdadda are to be found alongside international stars, Raiz (Italy) and Marlene Johnson (Germany) and also strong newcomers YT and Lua. All bring sterling performances and an inspirational attitude to the album. Whether, it’s the beautiful tones of Earl, Marlene and Lua, the conscious, perceptive observations of YT, Tippa and Dubdadda or the dreamlike quality of Raiz.
This album is the first produced solely by Neil Perch in the Zion Train studio in Cologne, Germany. Perch brings us an album that reassures but also pleasantly surprises; the Zion Train quality and ethos is still present and the depth and quality of musicianship is a revelation. Musicians contributing include the usual, deep blowing brass section, Dave Fullwood and Bigga include P Lush, of Nucleus roots fame, on guitar, keyboards from Paolo Polcari of Almamegretta, drums from Vedran of the Radikal Dub Kolektiv and melodicas from Chasbo of the Bush Chemists. Featuring musicians from Italy, Germany, Croatia, Jamaica and the UK this is truly a world-dub production.
‘Live As One’ is released on Zion Train’s own Universal Egg imprint as well as on Zettai Mu Records in Japan , Invasion/Iguana Records in Mexico and Brazil Deluxe in Brazil.