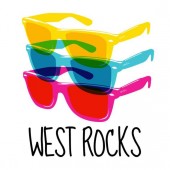 ABOUT WEST ROCKSi am a party/ clubnight that TARA ROCKS has monthly in shepherds bush - west london. - get involved - west rocks - do you?

WEST ROCKS is back at home in London for November celebrating Eliza Doolittle's EP launch!

WEST ROCKS was recently in its 2nd home NEW YORK CITY for 2 parties! WEST ROCKS CMJ was at Bowery Electric on 10/24 & WEST ROCKS Willamsberg 10/29 was at Cameo in Brooklyn.

on Friday 25 September in LONDON at Shepherds bar we had 6 LIVE bands!

June's WEST ROCKS party was in sunny LONDON with some special NYC guests!

WEST ROCKS party was back in the U.S of A - WEST ROCKS Minneapolis, Minnesota "U.S of May" party

we did a WEST ROCKS invite only Boxing party on Friday 17 April at Shepherds Bar, LONDON

on the bank holiday Easter weekend we did a WEST ROCKS party on Easter Sunday 12 April at Shepherds Bar, LONDON

on Friday 20 March I did a WEST ROCKS SXSW party in Austin, Texas U.S.A

this was the WEST ROCKS Feb party!

WEST ROCKS did a party in New York City on Saturday 20 Decemeber at Webster Hall - studio!

THE last WEST ROCKS was in LONDON at The Shepherds Bar on Fri 5 Dec!

you can now BUY ADVANCE TICKETS to WEST ROCKS high noon
to avoid disappointment click on link below for £5 advance tickets
http://www.seetickets.com

.seal of approval from the music industry mafia?

small but something.
cket.com/albums/e202/tararocksuk/WR_NME.jpg" border="0" alt="Photo Sharing and Video Hosting at Photobucket">

Rocks At Thieves Bay - Spirit Of The West

Emily West - Rocks In Your Shoes

Emily West: Rocks in Your Shoes