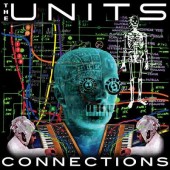 Location:
San Francisco, US
Type:
Artist / Band / Musician
Genre:
Electro / Punk / New Wave
Site(s):
Site
Label:
www.community-library.net
Type:
Indie
BioConnections
Erol Alkan
WHITEY
Digital Leather
Bit Shifter
BABYLAND
Blank Dogs
DJ Garth
Ch. 3x4
Container 90
Sudden Infant Death Syndrome
DJ Daniele Baldelli
el diablos bloncos
The Black Bug
Nervous Gender
DESTRUCTION UNIT
The Wicked Awesomes!
dAmAgE eFFeCt.
MONODRONE
DOCTOR SCIENTIST
BLOOD!
SMASH SPOT (SPRAWL)
Schizophrenic Housewives
Octagon Control
the procedure club
frank alpine
katsen
INFLATABLE BOY CLAMS
Deluxe
The Proximate Force
Short history at: wikipedia.org/wiki/The_Units
Long history at: synthpunk.org/units/
The liner notes to History of the Units: The Early Years: 1977-1983 begin with "Fuck the guitars" and end with "a synth band that kicks ass!" Those sentiments — along with the music, of course — tell listeners most of what they need to know about this San Francisco collision of new wave band and performance art. However, those notes (which are excerpts of "The Units Traning Manual," credited to a "Dr. Tex Nology") provide even more context for their synth punk and its cultural breeding ground. The Units' core members Scott Ryser and Rachel Webber were inspired not only by the thriving performance art scene in San Francisco in the late '70s, but by the city's legendary counterculture figures like Ken Kesey. They found different ways to express their anger and subvert norms than the hippies did, however: They embraced technology and repetition, painted their equipment gray to prevent brand worship, and made model guitars to smash at their shows. History of the Units: The Early Years: 1977-1983 ends up being as much of time capsule of the San Francisco scene as it is a retrospective of the band's music, opening with "Dirk Dirksen," a snippet of the city's "godfather of punk" introducing the Units at a concert, which is followed by the tongue-in-cheek "The Mission Is Bitchin'" and a dedication to synth punk pioneer Damian Ramsey. Musically, the output collected here — which includes songs from the Units' first album, Digital Stimulation, and several singles — is tantalizingly hard to pin down. The band rocks as hard, if not harder, as any group with electrified strings on "Cannibals" and "High Pressure Days," which sport a punk edge even if the only guitars that were smashed were replicas. Meanwhile, interludes and instrumentals such as "Contemporary Emotions," "Zombo" (the comp's oldest track, from 1977), and "Cowboy" show the Units had just as much skill at abstract pieces and nod to prog rock, while "Red" and "East West 2"'s use of spoken word and found sounds underscore just how influential performance art was on them. The first official reissue of the band's work, History of the Units: The Early Years: 1977-1983 is a testament to how exciting and diverse these new wave pioneers still sound.

The Units - The Right Man

The Units - The Right Man.flv