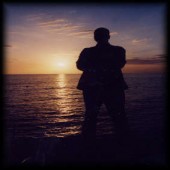 Location:
New York, US
Type:
Artist / Band / Musician
Genre:
Metal / Ambient / Experimental
Site(s):
Site
Label:
Deepsend Records
Type:
Indie
BioConnections
Deepsend Records
VLE signs to Deepsend Records!!
"VLE has officially signed to DEEPSEND RECORDS for the release of their new album entitled "The Golden Wind". Tracking for the effort will take place at the artist's home for a release in early 2008. The label will also re-release their critically acclaimed 'Book of Illusions: Chapters I, II, III' together as a double disc sometime in late 2008. New release will once again feature the stunning artwork of former Disney Feature Animation Artist, Chistophe Vacher."
VLE. a solo project based in New York City, USA which started in July 2001. Inspired by ocean sunsets, darkness and silence. VLE has created improvised expressive minimalist soundscapes that serve to evoke different emotions. VLE is a journey through timeless motifs and cosmic spheres of existence. The sound of VLE is raw and emotional as all pieces were constructed without use of programming or traditional composition style. The music of VLE is very eclectic as each piece represents the different moods we all experience in this life. This is music from the soul. music erected from the subconscious. And if you are open to other states of consciousness, you too shall learn. VLE invites you to experience the deepest realms of darkness and beauty.
Works created through strict use of experimentation and improvisational techniques. the most important element is the depiction of atmosphere where all instruments/sounds fuse together. Noise, chaos, infinity, beauty, darkness, light, pain, harmony, melancholy, rhythm, power, melody, repetition, dissonance and duality are all concepts expressed herein.
~the VLE~