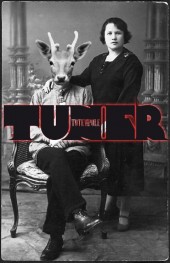 Separately we have done hundreds of records and thousands of concerts.

Together we released our first cd Totem in 2005 and have, so far, done gigs in America, Austria, Finland, Germany, Poland, Portugal, Russia, and Sweden.

Our second cd Pole has just been released in the USA. The European release is scheduled for early 2008. In addition the album is available in most download stores world-wide.

Markus currently lives in an appartment in Innsbruck, Austria and plays touch guitar, regular guitar and bass as well as keys. At the moment he mostly works as record producer and musical director.

Pat lives in a big house near Austin, Texas and plays drums and percussion but spends most time being a dad.

They both laptop all day long, often with each other.

Since there is such a distance getting together is expensive and at times inconvenient so we have relied on the internet to get additional work together.

We hope to use this myspace site as a conduit to new ears/friends. We plan to post additional music and visual clips here and look forward to feedback and requests.

We have an extended family of musician and artist and at times might also be posting their work here.

So I guess this isn't my space, it's our space, a place to share and communicate, maybe not a dialog but at least a monolog. Let's see what we can do with it.

How Does A Strobe Tuner Work?

How to Tune your Ukulele using a tuner