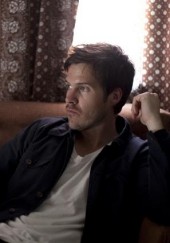 Location:
Nashville, Tennessee, US
Type:
Artist / Band / Musician
Genre:
Folk Rock / Acoustic / Pop
Label:
Ready.Set.Records.
BioConnections
Mat Kearney
Ashley Monroe
Griffin House
Andy Davis
Butterfly Boucher
Tyler James
Katie Herzig
Matthew Perryman Jones
Erin McCarley
Jeremy Lister
K.S. Rhoads
claire indie
Disappointed by Candy
Ten out of Tenn
Southerner, Trent Dabbs' sixth full-length record to date, is both a return and a departure. The album is a return to Trent's heritage, and recalls how the South has shaped his art, but the tone is also a slight departure from his previous pop and rock-driven songwriting. The track titled, “Leave To See”, the first song written for the album, fittingly describes the paradox of more clearly seeing your home from a different place, a different perspective.
Trent says that on Southerner he, “wanted to peel back the layers . . . and portray ten separate stories that have been woven into my southern life”. Growing up in the rich literary and religious environment of Mississippi, and then moving straight into the country-soaked musical world of Nashville, Trent has many stories to tell. Like Flannery O’Connor with her short story collection, A Good Man Is Hard To Find, Dabbs pieces his own spiritual and relational questions into a coherent, haunting compilation. The ghosts of Johnny Cash, old gospel-choirs, Neil Young, and Nick Drake are heard roaming the halls of Trent’s songs.
An artist with a unique business sense, Trent Dabbs has forged his way through an ever-changing music industry by uniting some of Nashville’s best up-and-coming musicians in a touring and recording collective called, Ten Out of Tenn. Many of these artists such as Butterfly Boucher, Erin McCarley, Matthew Perryman Jones, and Joy Williams, among others, have gone on to have critically and commercially successful careers as performers and songwriters. Trent’s own songs have been featured on television shows such as Grey's Anatomy, One Tree Hill, Pretty Little Liars, Vampire Diaries and many others as well as in feature films. Despite these successes, Trent remains a humble and avid supporter of his fellow musicians, and anyone who is looking to create authentic art. As noted in Athens Blur, “as beautiful as the talent Trent Dabbs helps introduce to the masses, it’s his own music that merits the most attention.”
Trent’s desire is that his audience will take the time to listen to Southerner as a whole. Though many of the tracks stand on their own, and will surely find their way as snippets into scripts and onto screens, it is the story that concerns Trent the most. Our generation is one of ADD and instant gratification. Maybe what we need is to shut out the rest of the world, sit on the porch with a glass of tea, take a deep breath in, and just listen.

"The Way We Look At Horses" | Trent Dabbs

Trent Dabbs - Stay By Me
▶ View All Videos