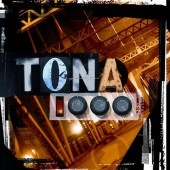 Location:
Novi Sad, Guam, Se
Type:
Artist / Band / Musician
Genre:
Rock / Metal / Punk
Site(s):
Site
Label:
SKC Novi Sad / Contact us : tonaband@gmail.com
Type:
Indie
BioConnections
Motörhead
High on Fire
CAPRICORNS
Firewater
PIKNIK
MITESERS
Zbogom Brus Li
The Graves Brothers Deluxe
RITAM NEREDA
till
Diesto
bastinado
Chris C & Swingin' Dang...
Plug'n'Play
Jammin
Voja
thin white rope
ŠTRAFT
Slot
DžDž
Studentski kulturni centar novi sad
Sonic Hospital
Acid MILK
Bunny Wednesday
Coming from Novi Sad, the town in sleepy northern Serbia's province of Vojvodina, TONA started playing loud in summer 2005. Right from the start, this 5-piece aimed at creating versatile and original sound, combining the best of rock, metal and punk music of the last decades.
Anything that can be combined into a powerful sonic blast is put into the band's cauldron and cast into a solid piece of rock, making the unique sound of TONA. The band just released their first full-lenght named 1000. The album is released for SKC NS, regional government sponsored label that aims to promote alternative culture in Serbia.
".THIS IS A BEAST OF AN ALBUM, quite clearly one of those that fits into the category of music that has to be played fucking loud to be properly appreciated. Just as Johann Cruyff pioneered the concept of total football, TONA are exponents of TOTAL ROCK. Every instrument attacks, with vocals used rhythmically to intensify the hit.
Yes, of course it's a macho thing (they're Serbian, for fuck's sake!), a slightly masochistic kick for those who love a bit of visceral aural punishment. And what kind of indie-pop wanker doesn't? HIGHLY RECOMENDED!" (Frothing Spleen)
"1000 IS FULL of heavy guitars, thick bass, superb drumming, and on top of it all, great mid-range vocals, and even one of the best harmonica performances in a hard rock song since Robert Plant. The production quality is great, everything fits into its place PERFECTLY."(dmonzel.com)
"These guys may be coming from Serbia, but that does not stop them from being a truly great band, which, with the right feedback, could become as big as the next one. The band will be loved by many for its musical broadness I certainly hope they will retain the diverse approach which only adds to their value. I think it is ONE OF THIS YEARS BEST DEBUTS." (Artrock.com)

"1000 is an album that would get the full, 100% Carducci seal of approval. The record is filled with soulful melodies that beautifully synchronize with the driving rhythms. It get the No Funeral seal of you-have-no-taste-if-you-don't-dig-this approval. America is a country full of rich weirdoes. Can't one of them pony up the dough to bring Tona to the states? 1000 is highly recommended for the living, the dead and those stuck in purgatory. Really, you need to download this. It's the only way to make up for that whole Bill Clinton thing."(No Funeral webzine)
/>