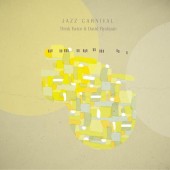 Second full-length Album by Me!!!!

Another comp - Japan only - featuring "Under The Hood" by Specifics.

Compilation album featuring "Tale of Two Cities" by Specifics. Major label distro, so go cop it at your fave store!!!

THINK TWICE With A Loop And Some Swing Album (2007)

Lead single for WITH A LOOP AND SOME SWING. This is the "Japan Jazzy Remix" as my boy Moonstarr likes to call it. Again, only 1000 copies pressed, and they're all on the way to Tokyo, so get it before it's gone!!! Big shout to Nujabes for hooking this up!

The second single from LONELY CITY. Only 1,000 copies were pressed and they sold out in one day! Check it out HERE.

The debut album from SPECIFICS. Released in Japan on P-Vine Records. Has sold over 10,000 copies to date!!! Available worldwide on iTunes.

SPECIFICS Under The Hood Single (2004)

First ever release from SPECIFICS. A Japan-only release, but copies leaked all over the globe. A classic track that was very well received! Go take a listen HERE.