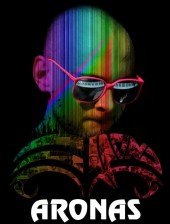 ‘Not only is he a stunning player, but he’s a stunningly original player’

Led by Aron Ottignon on piano and Inspired by the log drums and the cultures close to his native New Zealand he and his band ARONAS will take you on a wild, musical journey – a ride that has attracted the label ‘punk-jazz’.

Born in New Zealand - he was just 11 he won the award for ‘New Zealand’s Most Outstanding Jazz Musician under the age of 25 !!

Relocating to Sydney to further his inspirations – he won the 2003 Bells Young Jazz Musician of the Year Award.

His CD ‘Culture Tunnels’ was nominated for an ARIA award for the Best Jazz Album.

Along with five other artists he was named the ‘future of jazz’ in the Observer Music Monthly magazine which encouraged him re-locate to London and undertake a major touring schedule including: MIDEM 2006 in Cannes: Cargo and Jazz Café, London: Jz’s and The Glamour Bar, Shanghai: Rhino Jazz Festival, Lyons: Jazz Ouest, Strasbourg: the Philharmonie, Luxembourg: and further headliners for the Jazz Now Festival (Sydney Opera House) and the 2006 London Jazz Festival, MOst recently, Paris Espirit Jazz Festival, LE SHOWCASE, ART ROCK FESTIVAL SAINT BRIEUC, V.I.P SAINT NAZAIRE. He also found time to assist his contemporary Recloose on a European capital city tour – as well as write and produce tracks for his sister, the exceptionally-talented Holly O .

The accolades have come thick and fast:

the unique double-drum/percussion and bass line up ‘cleaves a path through the prevailing mediocrity’….’

‘This brand of testosterone-fuelled Rachmaninov-goes-jazz playing will take your breath away.’

"Ottignon is serving notice that he is, potentially at least, one of the finest pianists in jazz”

‘Culture Tunnels’ – the ARIA-nominated CD has been re-mastered with 2 bonus tracks and is available through Solid Air Music – one of the UK’s bright, new indie labels .

"Meanwhile, on the other side of the globe, the New Zealand pianist Aron Ottignon was inspired as a youngster by Maori rhythms. In his neck of the woods an American musician was a rare sight, so he worked out his own approach to jazz inspired by records and the culture around him. His Australia debut, in 1999, was the stuff of legend. 'Aron was an unknown quantity when he made the finals of the National Jazz Awards here ,' recalls Adrian Jackson , the Wangaratta festival's artistic director. 'Nobody expected a 16-year-old from New Zealand to play with such absolute confidence and energy and poise. I think it was obvious to everyone that a major new talent had arrived.'

Six years on, Ottignon is serving notice that he is, potentially at least, one of the finest pianists in jazz." Stuart nicholsan, Observer music monthly.

Aron Ottignon: A Question of Balance