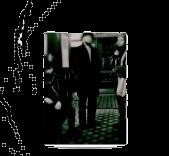 Location:
Moonrise, Iowa, US
Type:
Artist / Band / Musician
Genre:
Folk / Indie / Rock
Site(s):
Site
Label:
Red House Records
Type:
Indie
BioConnections
Doyle Bramhall
Howlin' Wolf
JoAnna James
David Zollo
Rainer Ptacek
Radoslav Lorkovic
Made up of Iowa natives David Huckfelt
and Benson Ramsey, indie-roots duo The
Pines actually began their musical
partnership in Arizona, where they both
lived in a Mexican barrio and first began
playing together. Committing to a musical
career, they returned to their Midwestern
roots and moved to Minneapolis, a city that
has launched many folk and rock acts from
Bob Dylan to The Replacements to The
Jayhawks. Like these Twin Cities legends,
The Pines weave together many musical
styles to create their own unique sound that
is hip and haunting.
The son of Greg Brown’s producer and
sideman Bo Ramsey, Benson was reared on
folk and blues music and continues to let
those influences shine, even on louder
electric songs. David also has a deep love for traditional music, and together the two of them craft songs that
evoke the ancient, while incorporating newer rock and pop grooves. Both strong writers and musicians, David
and Benson have distinct voices that complement each other, causing audiences and critics alike to tout them as
a powerful young force in American roots music.
After releasing their first CD on Iowa based Trailer Records, The Pines signed with acclaimed indie label Red
House Records in 2007 and released their breakout album Sparrows in the Bell, named one of the top roots
releases of the year by Q Magazine. Garnering rave reviews in magazines and blogs in the UK and Europe, the
album won them new fans all over the world. The Pines wowed audiences at the 2008 South By Southwest
(SXSW) and were named one of the musical highlights by CMT.com. Their dark Americana sound has gained
a devoted cult following and has led them to share the stage with such diverse acts as Jolie Holland, The
Arcade Fire, Iris DeMent, Bon Iver and The Holmes Brothers.
Now with the release of the new CD Tremolo, The Pines solidify their place as one of the acts to watch on the
indie-roots music scene. Produced by Bo Ramsey and recorded in just two days, the album showcases their
unique songwriting and musicianship. It features their all-star Minneapolis-based band, which includes
acclaimed drummer J.T. Bates (Michel Portal, John Gorka), jazz bassist James Buckley (Ed Harcourt, Daniel
Johnston, Dosh) and Benson’s brother Alex Ramsey on keyboards.
A great live act whether performing as an acoustic duo or as a full rock band, The Pines can be seen playing
clubs, festivals and theaters across North America. They will be touring heavily this fall and throughout 2010,
supporting the release of their new album. For The Pines’ full schedule and booking information, visit
www.thepinesmusic.com.

Roses and Revolutions - The Pines

The Pines - Hanging from the Earth (Live on The Current)