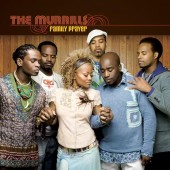 GRAMMY AND STELLAR AWARD NOMINEE - THE MURRILLS - Many people have made great music over the history of humankind. But there's a certain, rare power that comes only from the singular commitment and blood bonding of family. You don't go to school to learn it, and you can't receive it for the asking. It's an inborn chemistry, and you either have it or you don't. The Murrills have it and they have it abundantly. The six-member, all-sibling group from North Carolina, has literally spent its life, from earliest childhood, singing, playing, recording and performing together. In an era when longevity can mean little more than a handful of years, the Murrills have made music as a family for decades. And the best is only about to unfold. With a long stint as members of Gospel luminary Donald Lawrence acclaimed and nationally renowned Tri-City Singers in which sister Arnetta Murrill-Crooms was a regularly featured soloist, the Murrills are now poised to move onto a platform as large as America and the world itself, with their upcoming, debut solo album, produced by Lawrence and scheduled for an early 2008, release. Although the album, Family Prayer, will be the group first full release entirely its own, they are hardly strangers to the music industry, with different members, and the group as a whole, having been featured on numerous highly successful releases by Donald Lawrence and The Tri-City Singers, including "I Am God", from the album Bible Stories; "Love The Hurt Away", featured on tri-city4.com; "Can I Lay In Your Arms", and "Keep Blessing Me", on Go Get Your Life Back; and "Better", from I Speak Life; as well as "Usher Me", from Bishop T.D. Jakes' Sacred Love Songs, and "What A Time", from Music From The HBO Film BOYCOTT. In addition to the Murrills impressive musical résumé, they have tallied a number of notable film credits. Arnetta has performed in numerous plays and movies; while André Murrill co-starred with Shawn Flannery, Harrison Ford and Jeffrey Wright in the television movie, "Young Indiana Jones Chronicles/The Mystery of the Blues", in which the entire family also appeared as a jazz band, as they also did in the movie "Stompin at the Savoy". Featured cuts on their own upcoming album include the poignant "Love the Hurt Away", and "Better", both Lawrence compositions revised and redone for the new album, and showcasing Arnetta's heart-stopping vocals. Another stand-out, accompanying a roster of Lawrence originals still to be finalized, is a complete and captivating reinvention of '80s R&B sensation New Edition's No. 1 smash, "Can You Stand the Rain". Each Murrill "Roger, Arnetta, Donnell, André , Darwin, and Damion" is a gifted singer and instrumentalist who together make the kind of stirring, soulful, spine-tingling music that soars above man-made barriers of race, denomination, age or gender. And each Murrill is active as well in some aspect of spoken word and hands-on ministry in addition to music, including, a seminary trained theologian and scholar, preachers, teachers, and music, arts and youth ministers in several churches in Charlotte, and their native Wilmington, North Carolina. Both the Murrills parents were pastors themselves, and when they realized the extraordinary musical gifts their children had been given, began the process of carefully nurturing them. Their mother, Janie Rogers Murrill, herself highly gifted musically, became both their spiritual and musical advisor and mentor, cultivating her childrens talents as their vocal coach, organ accompanist, and writer and teacher of all their arrangements. Before her death in 1998, she had turned her talented brood loose to make its own way, happy to sit in the audience and receive the very blessings she herself had first imparted to them. The Murrills have continued to keep their mother's dream alive through their extensive collaboration as a family group, and as they now survey a future that is uncertain in its specificsbut certainly filled with wonderful and exciting things unseenArnetta speaks for all the Murrills when she reflects on the bonds that make up both their history and their hopes for the all that is to come. "If only by the example we show of the unity and power of the family, I believe we can be a force for healing and reunification", she says. "There are so many hurting and suffering people in this world, with relationships constantly being pulled apart. If the way we live, and the music we make, will help to change that in positive ways, we will have accomplished something lasting and important. We want our lives and musicas a strong, close, loving familyto count for something meaningful".

The Murrills - Friend Of Mine

ANDRE MURRILL- I Will Wait- ( from THE MURRILLS "Family Prayer" Album

The Murrills Interview
▶ View All Videos