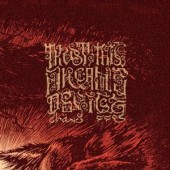 Vinyl version of the album was released on may 12th 2006. through Austrian Interstellar Records.

'.Chang Ffos are heavy. Not the kinda heavy you're used to. They're heavier than that. Period. Imagine all the steel Sweden has to offer, multiply that with a million and you might get a picture of how heavy this psychedelic rock meets sludge meets hardcore meets doom meets noise outfit is. Imagine Neurosis' heaviness, Converge's energy, Today Is The Day's craziness and the atmosphere provided by Kyuss, and you're on your good way to enter the temple of Chang Ffos. Their debut full length titled 'Trust This Arcane Device' was recorded at Kozmo studio in May of 2005. The recording session was done on a 2" tape and was handled by Mr. Jomi Ajjomi of the infamous Analena and Lunar. Mr. Steve Austin, of the legendary Today Is The Day and owner of the Austin Enterprise, took care of the mastering.'

'.Chang Ffos is a heavy rock monster. something inbetween the Melvins and Converge, Kyuss and Today Is The Day. On the map since '97, they became a mind-crushing, energetic, dark/atmospheric punk-metal-beast over the years. after coming up with only a couple of demos yet they are now finished with recording their debut album, and this is going to crush everything to pieces!.'

For those who like to buy a bit closer to home, there are plenty of options:

For those into digital download there are some places from which you can download 'Trust This Arcane Device':

There are lots of reviews on 'Trust This Arcane Device'. These are only partial, full reviews can be found in the 'Reviews' blog:

Wall of noiiiiiiiiiiiiise! Ahem. Chang Ffos are an interesting proposition. Introducing something which sounds like a stoners wet dream is a difficult task, but Ill give it a go. CF combine the heaviness of Converge with bass lines which remind me (in parts) of QOTSAs first album, covered with superfluous lashings of Scandinavian metallic weirdness. Relentless and overly distorted guitars give a nightmarish feel to proceedings and vocals are frequently drawn out to the limits of their frontman.' Punktastic.com

'.For one we both obviously ignored the fact that there always was heavily distorted and pounding guitar music all the time, even after AmRep-records closed their doors and Killdozer stopped touring. For second, if you add early Neurosis into a matrix with the other two bands mentioned above youll get a pretty close picture of what Chang Ffos are about. (Actually, one should always write the mighty Chang Ffos, to keep things in the right perspective.).'

'.Maybe this record after all is too big and heavy for regular metal. (Those dudes with the leather and spikes and make up always seemed like a parade of sissy masketeers to me anway.) It has this double bass drum, demonic screaming, fine subsonic bass harmonies appeal, where a song changes in tone and speed quite quickly if necessary and wallowing in big blasts of distorted sound and clean noise is always a welcome excuse for not doing something else. Any blast to the rotten, stagnating corpse of metal and heavy music in general is a good thing, if we dont want to be flooded with more boring and generic records.' Craked Webzine

I heard a demo by Chang Ffos back in 2004 and was impressed by their quirky, forceful take on sludge/noise metal.'

'.Imagine Kyuss meets Converge, with the thick riffs of the former and the swinging rhythms of the latter. Early Clutch also comes to mind. The riffs are brutish and dissonant, but what drives things is the Brann-Dailor-on-downers drumming of Nikola B. Singer Ivan E tends to disregard bar lines, which takes getting used to, but which heightens the off-kilter attack. The recording is nice and beefy, with mastering by Steve Austin (of Today Is the Day fame). Fans of Orange and Sunn amp'd bands will like this.' Stylus Magazine

Definitely the strangest music that I've ever been sent for a live4metal review. This really isn't like anything Ive ever heard, which is a crying shame really because it makes it difficult to put into words exactly what youre getting with Chang FFOS [just a little remark by the band - WHY can't they SPELL us proper. They always put 'Foss' instead of 'Ffos', or they put it in caps - 'FFOS' - i'll never understand that].'

'.Aside from the production issues going on here, the music itself is truly eclectic. Honestly, it borrows from so many different genres that you end up feeling as though you're listening to a kind of psychedelic doom mush, too prog to be doom, to doom to be Witchcraft!' Live4Metal.com

Chang Ffos - Bowels Of The Beast Of The Matriarcharte