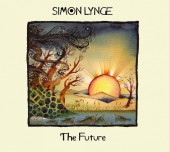 Location:
Gr
Type:
Artist / Band / Musician
Genre:
Alternative / Acoustic / Pop
Site(s):
Site
Label:
Bright Orange Records
Type:
Indie
BioConnections
Rilo Kiley
The 88
Richard Swift
Magnus Eliassen
Quincy Coleman
Todd McLaughlin
Little yeLLs AloT
Janna Marit
Richard Lobb
Noah Rosanes
This album was made as a labour of love and is the end of one journey and the beginning of another.
When I was sixteen I moved away from my home in Denmark and back to Greenland to be with my father and reconnect with my native Greenlandic roots. I started working at the local supermarket in Qaqortoq, as a delivery boy and by chance became friends with a convicted killer and mafia boss, who worked there as well (we have open prisons in Greenland because it’s really hard to run away since there are no roads or anything…) He was a nice guy and he taught me how to be tough and stand up for myself, but more importantly I found out that you can’t judge people until you’ve gotten to know them, if ever. I also realized that I really wanted to play music, rather than work at a supermarket, or any other job for that matter. I’d fallen in love with Simon & Garfunkel, Crosby Stills & Nash, Cat Stevens and other songwriters and really felt the need to express myself in that way. When I moved back to Denmark after a year of hard work in the “real world” I was extremely motivated to pursue my dream to play music. I spent three years in school in Denmark and played in cover bands and secretly wrote songs at home. I moved to Copenhagen after I was done with school and started writing more songs and performing them. I formed different bands that played my songs and traveled to London several times to perform. I ended up spending a lot of time in Nashville writing on Music Row, and also went to LA and performed, co-wrote and recorded. I’ve had many chances to record an album, but didn’t do it. Now I have. I hope you’ll like it.
Simon
“Simon is a fascinating man and an amazing talent all the way from Greenland. He’s an Inuit Scandinavian and he plays beautiful, beautiful music. You’ll hear a lot more of him in the future – I am sure.” Sally Taylor

The serene setting of Union Chapel suited the 24-year-old, who exuded a Zen-like calm as he sang strikingly pretty, melodic songs with a debt to Paul Simon and James Taylor. Behind him, the multi-instrumentalist Richard Lobb provided inspired backing by taping and looping everything from mandolin, keyboards and drums to knee slaps, finger clicks and taps on the packing crate on which he was perched. Lynge?s pure, warm voice was at its best on the beautiful, Beatlesy Love Comes Back to You and his forthcoming first UK single, Infinitely You. Both have already been picked up for films and adverts. With luck, Lynge could be this year?s José González. A very fine songwriter!Paul Rees, Editor-in-chief, Q MagazineCounting Elliott Smith and Nick Drake among his influences, Lynge’s music is a brand of quite faultless melodic rich pop.Love Comes Back To You immediately hits the spot as a warm-sounding, beautifully-written song with a simple, memorable melody. Influences like Paul Simon aren't hard to spot on this track and everything we've heard from Simon Lynge's forthcoming debut album 'The Future' is top-drawer quality. Lynge has an exceptionally beautiful voice, remarkably fluid, musical, with a quality something like Rufus Wainwright. As well a natural on guitar and joined by seasoned LA rock veterans, his first effort isn't over the top, but maintains song craft, paired down acoustic ensemble, many magical elements.the guy is one hunky Dane/Inuit.From the first high-tidal harmonic swells of “London Town,” Simon Lynge’s aptly titled record pulls you into lush, comforting waves of sound. Brian Wilson would adore Beautiful Way, especially the jubilant title track, a sonic swirling celebration of love. Mixing palpable urgency (“If You Go”) with pretty indictments (“Television Talk”) and an abiding sort of joyful melancholy, Lynge creates the kind of wondrous music that makes you feel like a wide-eyed kid, led by bravely honest yet reassuringly optimistic lyrics. Singing “I am a song on a six-string / When life goes wrong / I am laughing,” his emotionally immediate voice and finger-picked guitar could easily thaw even the coldest of hearts. —GMG
An absolute masterpiece. I loved every track and for ole Jed. to venture outside his normal range, this is saying a lot. On top of all this, this young man is from Greenland. A native Greenlander only proves that no matter where you come from you can make absolutely beautiful music. I can certainly tell that Paul Simon, Cat Stevens and others had a great deal of influence on this young man. The production on this CD is awesome and the songwriting is superb.
After going to school in Denmark, (Greenland is part of Denmark) Simon played in a number of bands in Copenhagen and several times in London. He secretly wrote his songs at home and ended up in Nashville on Music Row. Thank God, he got the hell out of there and got to L.A. where this album originated.
The guys at Bright Orange Records didn't hold back. They got the finest musicians like bass player Lee Sklar (James Taylor, Elton John), guitarist Shane Fontayne (Bruce Springsteen, Paul Simon), drummer Jay Bellerose (Marc Cohen, Madeleine Peyroux) bassist Freebo (Bonnie Raitt, John Mayall, CSN) and produced by Matt Forger (Michael Jackson, Paul McCartney) and Jon Mattox. This project is absolute perfection.
Simon delivers this 12 track collection and one bonus track like he’s been working on his 20th CD. However it is not and this first effort will be remembered as a true classic and will last many years. J.D.'S favorite tracks on the CD are the brilliant song and should be single "A Beautiful Way To Drown", "Birds Eye View", "Full Speed", "Love Is My Umbrella" and I love the bonus track "The Future". This CD is for any record collection.

Simon Lynge 'No More Of You' live acoustic

Simon Lynge - 'A Poet in Love'

Simon Lynge - Lean On Me (Live)