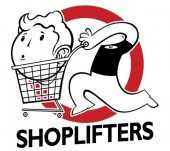 Location:
Novi Sad, Se
Type:
Artist / Band / Musician
Genre:
Punk / Rock / Freestyle
Site(s):
Site
Label:
SKC Novi Sad
Type:
Indie
BioConnections
The Posies
Farside
Ringispil
The Bayonets
Grupa Tvog Zivota
MITESERS
fipa
Leave Me Alone
BLITZKRIEG
The Phonerings
RAGMAN
Brickheads
THE BOMBER
The Mess
concrete worms
They say that puberty is a tough period in every person's life. If you wanna know exactly how tough it gets, just ask Shoplifters! These poor bastards have spent a significant number of their teens wandering around in the dark, moving from one straight edge band to another, from hard core to ska-core, grind core to street core, sinking deeper and deeper to the dark side. Not even their parents saw any future for these kids, and instead of trying in vain they already started making funds for their drug rehab therapies or Krishna temple donations. Those were the sad times. Yet somehow, our heroes managed to get a grip on their lives and come back almost intact. Almost? Well, judge for yourselves from these fine words of one of the convalescents: "Looking back, I think it was all punk rock… and emo, of course. It all originated from ska anyway!" Whatever.Anyway the important thing is that they were able to turn their backs on the dirt of the past tense and strive for something better in the days-to-come.
So, how on earth did these losers get together and started playing their twisted version of rock'n'roll music. Well, it's an epic story, as they usually are. It went pretty much like this: person A (the fat guy from the suburbs) met person B (the short one) and, in a typical boy-meets-girl scenario, one thing lead to another, their eyes met and then simultaniously turned towards the setting sun in a visionary manner, and the soon-to-be legend was born. The original members had found that their musical aspirations combined could make miracles and decided that they were to give their entire bodies and souls to the cause. Or, as one of the band members sais it eloquently: "We had nothing better to do".
It was destiny.

Pist.On - Shoplifters of the World Unite

The Smiths Shoplifters Of The World Unite (traduzido)

The Smiths - Shoplifters Of The World Unite (Official Music Video)

Shoplifters Of The World Unite by Morrissey (live)
▶ View All Videos