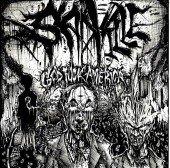 Location:
Knoxville, Tennessee, US
Type:
Artist / Band / Musician
Genre:
Metal / Hardcore / Punk
Label:
inkblot
Type:
Indie
BioConnections
towers
Disnihil
Hoth
PLAGUEWIELDER
Burnin' Doobage
INKBLOT RECORDS
NOVEL
IMP
we formed in dec. 2000 playing shitty old school broke ass born against kind of stuff. we started as a three piece and then our bass player starting just running around and screaming and it was just guitar and drums. then we got a bass player (dustin bolt of us policestate) for a little while and then back to guitar and drums for a while. then we got sam to play bass in summer 2003 but in early 2005 he started playing guitar really well so sadville switched over to an all-out guitar attack. In october 2005, we picked up michael dean (of this is the sequel/the arm parade) for bass. In may 2006, after 3 plus years of dedicated service, sam left sadville, and was replaced by blan williams. recently, ben price joined us in the studio to record bass and noise tracks for our upcoming split with acts of sedition, and he will be playing with us live at our next show.

sadville "make ready the cross" lp (inkblot records 003) 500 Copies, 300 on Black, 100 on Grey Marble, 100 on Black/White swirl. Pick one up at a show or buy one online at www.myspace.com/inkblotrecords

The Feels Train to Sadville (original)

Trance in the MIX Vol 20

Behind The Sunset - Sadville (Original Mix)