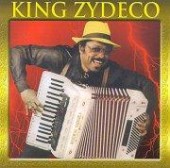 Location:
Lake Charles, Louisiana, US
Type:
Artist / Band / Musician
Genre:
Country / Folk / Blues
Site(s):
Site
Label:
Maison De Soul/ZBC Records/Epic/Columbia
Type:
Major
BioConnections
Joey & Wade/ Duo
Rockin Sidney was born in the tiny farming community of Lebeau, St. Landry Parish, Louisiana. Sidney took up the guitar at an early age. He started his musical career at age 14 or 15 playing harmonica and guitar. By Sidney's late teens, he was leading his own band as Sidney Simien and His All Stars. By the age of 18, he recorded the first of many records. He was often backed by George Lewis on harmonica and Katie Webster on piano. He and his band The Dukes signed with Louisiana-based Goldband Records. He took to wearing a turban and was known as "Count Rockin Sidney". During this period he recorded well over 50 R&B, soul, and blues singles.

Although his success is based upon his identity within the Zydeco music community, Sidney did not start out playing the accordion or seeking fame as a Zydeco artist. He sort of stumbled into it in the mid 1970s, having tried his hand at swamp pop and the blues. Since Zydeco was a part of his Creole heritage, Sidney quickly learned the accordion and added it to his long list of other instruments. Simien began playing zydeco, a traditional folk music of Louisiana. Soon he was playing dances. One of the highlights of a Rockin' Sidney performance was his Clifton Chenier and Buckwheat Zydeco parodies.

Rockin Sidney, became an internationally known figure as the originator of the much-covered, Cajun-feeling song, My Toot Toot. Simien wrote the song, and in October 1984, included the tune in his third album, My Zydeco Shoes Got the Zydeco Blues. The entire album was recorded in his home studio, where Simien played all the instruments. In January 1985, My Toot Toot was released as a single in Louisiana and Texas, and became Zydeco's the first true regional hit. Many have considered Rockin' Sidney Simien to be a Zydeco legend. One of only a small handful of Zydeco artists to achieve significant commercial success. In 1984 "My Toot Toot" was certified a platinum record and won a Grammy Award. "My Toot Toot" then became a national and international million-selling phenomenon. The song became the first Zydeco record to get major airplay on pop, rock and country radio stations. As with many commercially successful compositions, "My Toot Toot" has been re-recorded and covered by many artists since then including Fats Domino, Rosie Ledet, Jean Knight, Terrance Simien, Doug Kershaw, Denise Lasalle, Jimmy C. Newman and John Fogerty. The song has been re-recorded by so many artists, that it is almost impossible to track every cover. It has been recorded in many foreign languages. A Spanish version, "Mi Cu Cu," sold over one million copies in Mexico, Central America, and South America. It was recorded in many foreign countries.

Rockin Sidney has been featured in Rolling Stone, People, Billboard and Music City News. He performed on numerous national TV shows, including Nashville Now, Church Street Station, Hee-Haw, Austin City Limits, John Fogerty's Showtime Special, New Country and Charlie Daniels Jam. He was also a guest celebrity on You Can Be A Star. "My Toot Toot" was played in the motion pictures Hard Luck, One Good Cop, and The Big Easy. He remains one of the most influential, beloved, and imitated performers in Zydeco music history.

Rockin' Sidney - Joe Pete Is In The Bed

Rockin' Sidney - You're So Fine

Rockin' Sidney - Joe Pete is in the Bed

Rockin Sidney-Good For The Gander