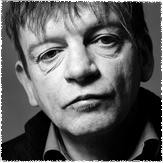 There aren’t very many bands that have been together longer than The Fall and, with a few exceptions, it’s difficult to think of any who, like The Fall, have released brand new material every year. Formed at the height of the punk rock movement in Manchester in 1976, The Fall has released around 50 singles, 25 studio albums and perhaps 50 live and compilation albums.

Famously the band has gone through numerous personnel changes over the years (there have been over 30 different line-ups so far) but always present is the enigmatic Mark E. Smith – musical genius, obnoxious drunk, Salford’s finest poet, journalist’s worst nightmare, working class hero. Dubbed ‘The Grumpiest Man in Pop’, by the NME, Mark E. Smith has been carving his jaundiced signature on the music scene for the past twenty plus years. Rarely tempted to celebrate the lighter side of life, Smith uses humour and horror to illuminate vile hypocrisies and injustices.

It’s now over a year since the release of the critically acclaimed Fall Heads Roll and with a new line-up now in place, Fall aficionados everywhere have been looking forward, with a degree of impatience, to the next album. At last a date has been set for the release of Reformation Post TLC, The Fall’s stunning new work, which is yet another winner and set to supersede the success of Fall Heads Roll.

“The end result is probably the best Fall album since the Halcyon days of This Nations Saving Grace and Hex Enduction Hour, another worth addition to the guys track record”

“No matter how often he's written off, Smith keeps bouncing back.” (The Times)

“It doesn't really sound like anything the Fall have done before, which bodes well for the future. As the stoic Fall fan knows, you write them off at your peril.”.” (The Guardian)