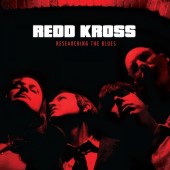 Location:
Hawthorne, California, US
Type:
Artist / Band / Musician
Genre:
Rock / Powerpop / Punk
Site(s):
Site
Label:
Five Foot Two Records
Type:
Indie
BioConnections
Sonic Youth
be your own PET
New York Dolls
The Dickies
Osaka Popstar
The Muffs
Persephone's Bees
Go-Go's
Johnny Ramone
Imperial Teen
The Cowsills
Avengers
Shonen Knife
Hoodoo Gurus
Anna Waronker
Roger Joseph Manning Jr.
Vicki Peterson
Debbi Peterson
It's Ok
Gere Fennelly's 88 Magic
Redd Kross rank among the Iron Chefs of Rock 'N Roll; able to take any secret ingredient, master it, and make it their own. Their reputation for originality, rich flavor and stunning presentation has been praised by such peers as Sonic Youth, Nirvana, Stephen Malkmus (Pavement), Stone Temple Pilots, The Mayor of Sunset Strip - Rodney Bingenheimer, and yes even Joe Elliot of Def Leppard.
Ever evolving and changing, their music has been described as punk rock, power pop, experimental, glam, performance art, British Invasion, bubblegum, grunge, and heavy metal; and while it's been part of all of these, it's also most importantly, been something all of it's own.
Hailing from Hawthorne CA, home of the Beach Boys, Redd Kross began playing shows and releasing records before attending high school. Founding Brothers Jeff and Steven McDonald have always understood and openly embraced the obscure common threads of their influences and inspirations. Where most people see differences, the McDonald Brothers find quirky commonalities and artistic piety in both high-brow and low-brow pop culture.
Jeff and Steven McDonald have collectively produced, or performed with the likes of Sparks, The Donnas, Imperial Teen, The Beards, The Format, Turbonegro, Beck, Tenacious D, Frightwig, Be Your Own Pet, and many others.
Aside from their music career as Redd Kross, they have appeared as actors in cult fave films such as "Desperate Teenage Lovedolls", "Lovedolls Superstar", "Spirit of '76", "Sugartown", "Gas Food & Lodging", and "Grace of My Heart" by Dave Markey, Roman Coppola, and Allison Anders respectively.
The band took a hiatus after their 1997 release "Show World", and began playing select shows in the summer of 2006 with the classic "Neurotica" line up of Jeff & Steven McDonald, Robert Hecker, and Roy McDonald (The Muffs). The band is currently working on a new record and have been in the studio as of Sept. 2007, and we are looking forward to it as much as you are.
Redd Kross are only playing select shows, with no extensive touring in the works, so if you've been itching to see the band perform live, we encourage you to scratch that itch and get your tickets to the closest performance near you.
Please visit reddkross.com and myspace.com/reddkross for more information.
- Jonathan Krop
Other band members have included:
Gere Fennelly
Eddie Kurdziel
Brian Reitzell
Victor Indrizzo
Tracy Lea
Janet Housden
Ron Reyes
Greg Hetson
Vicki Peterson
Dave Peterson
Dez Cadena
Glenn Holland
Johnny Nobody

Redd Kross - Stay Away From Downtown (Live on KEXP)