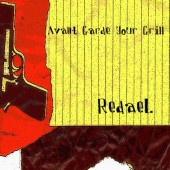 Location:
California, US
Type:
Artist / Band / Musician
Genre:
Hip Hop / Fusion / Experimental
Site(s):
Site
Label:
Meshed Blends Productions
BioConnections
Styles of Beyond
The Pharcyde
Q-Tip
LD & ARIANO
The Conscious Daughters
Spytech Records
MANCHILD
Conduct
Menez
4zone
Day 1ne
DocDaWhoo / Bronxstyle Music
Mike
Broken Word
NSB NON STOP BELIEVIN
Half Human/Half Amazin'!!! :) "REDAEL" is "LEADER" in reverse. (pronounced red-ah-el) Influenced by the sounds of all kinds of genres, RedaeL (formerly Stephinit) has been in the mix of music, and particularly Hip Hop, for almost her entire life. Starting off young as a B-Girl growing up in the Los Angeles area, RedaeL is now known for her ability to blend styles from almost every genre imaginable and turn it into Hip Hop. Now after many years of cultivation RedaeL has begun to rise to create new sounds in production, as well as in rapping and song writing.
RedaeL also works with other artists and producers. THE SURVIVOR'S GUIDE TO REALITY album features lyrical guest appearances from Day 1ne, DocDaWhoo? of Epidemic Massive, 4-Zone, and Total Bliss of Scumms of the Earth. There is also guest production from DJ Cheapshot of Styles of Beyond/Fort Minor and Vega One of Epidemic Massive.
By keeping the positive old-school Golden Era/Revolutionary vibe mixed with sounds from everywhere imaginable, RedaeL plans on propelling Hip Hop out of the cliche' "Platinum-Ice Age" and into a place that can only be described as "light years ahead". So feel free to buckle up and enjoy the ride.

Check out the brand new online MMO/Action game All Points Bulletin (APB) coming out in early 2010 at: www.apb.com