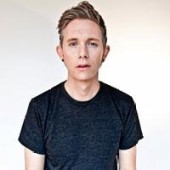 In addition to producing, R/D performs dynamic live sets as a musician, playing keyboards and controllers in real time to create the epic melodies, sweeping builds, catchy hooks, and massive drops that define his sound.

R/D gained widespread notoriety with his 2010 remix of Fever Ray's 'I'm Not Done' – which reached #2 on Hype Machine with an unprecedented 27,000 listens in just 3 days. The title track from his 'Face Of God EP' again landed him in the top 3 on Hype Machine's Twitter charts. His official remix of The Glitch Mob's 'Starve the Ego, Feed the Soul' is the #1 download from the entire 2 volume remix compilation series 'Drink The Sea Remixes'.