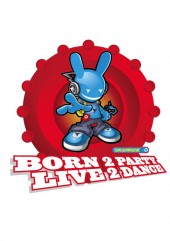 Force started his hardcore career back in 1992 as part of DJ Force & The Evolution, signed to Kniteforce records. After a number of extremely successfull releases Slipmatt took the boys under his wing on Universal, under the guise of A Sense of Summer. It was soon after this that Force & Styles was born, Stylesy being one member of The Evolution. UK Dance was then setup in 1995 and the journey really started to gather pace.

It was at around this time that the likes of Dreamscape and Helter Skelter started calling for the lads to hit the decks at the UK's biggest parties. Once the first few releases on UK Dance had made an appearance things really

started to hot up. Heart of Gold was the first massive hit for Force & Styles and propelled their popularity. This was then closely followed by Pretty Green Eyes, Field of Dreams and Pacific Sun. It was a combination of these songs

that won the boys numerous Hardcore Dance Awards in 1997.

It has been a fascinating 14 years involved in the Hardcore scene for Forcey. 'I would never change any of the experiences I have encountered over the last 14 years, both good and bad. The dance scene and especially hardcore, has and always will be very close to my heart. After a turbulent time a few years ago hardcore is back where it belongs, bigger and better

You are now marked on my profile visitor map!