Sputnikmusic Album of the Month: August 2022 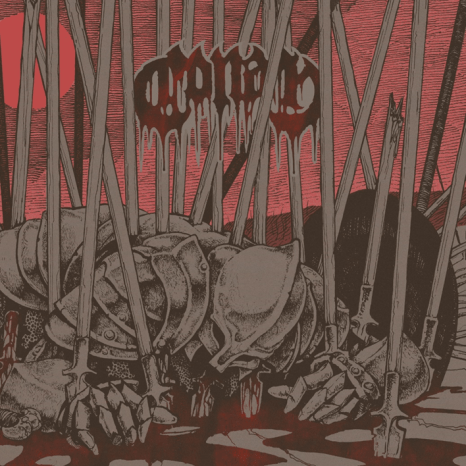 With the release of their fifth full-length instalment, one thing about Conan is abundantly clear: It exists as a powerhouse of doom metal that embodies a distinct stubbornness. A stubbornness almost equalling the unstoppable forces of geology which created our very existence. Evidence of Immortality exhibits the staunch refusal of Conan to let the quality of their music slip below the commendable standard fans have come to expect. Containing monumental, crushing doom riffs, faster, more bellicose sludge passages and a desperate sense of mounting tension, this album can be considered somewhat a summary of the material comprising the preceding four albums all neatly packaged into an incredibly satisfying 50 minutes of apocalyptic doom metal bliss. Get comfortable and whack that volume up!

Immediately, the humongous opener “A Cleaved Head No Longer Plots” fast-forwards a simulation of the formation of Pangaea (a supercontinent which began to break up again roughly 200 million years ago at the start of the Jurassic period to form the arrangement of continents we know today). The robust sound dominating the album is impressive for a three-piece and atmospherically speaking, the sense of foreboding projected is nothing short of remarkable. The listener is transported to a medieval and geological war zone where all hope for survival rapidly evaporates. It’s just a question of whether you will succumb to a horrific wound from Jon Davis’ battle axe or if you’ll be swallowed whole by the surrounding volcanic volatility. The grim conditions reach peak levels on closing epic “Grief Sequence” which, heavily assisted by ominous synthesisers and organs, feels like an internal funeral march for the stricken listener who has now accepted an inevitable fate of death and is drifting deeper and deeper into delirium their life beings to flash before their eyes.

Amongst very strong competition in 2022, Conan produces yet another monolithic triumph of modern metal which maintains the band’s rightful place at the spearhead of the current UK doom/sludge movement alongside proving themselves as a force to be reckoned with within the genre on a global scale. Long may the stubbornness continue as this may be the best Conan album released so far. – BitterJalapenoJr