Are you a member of Sputnik? Are you also a musician? Drop a message here for a chance to get your name out there to the community! 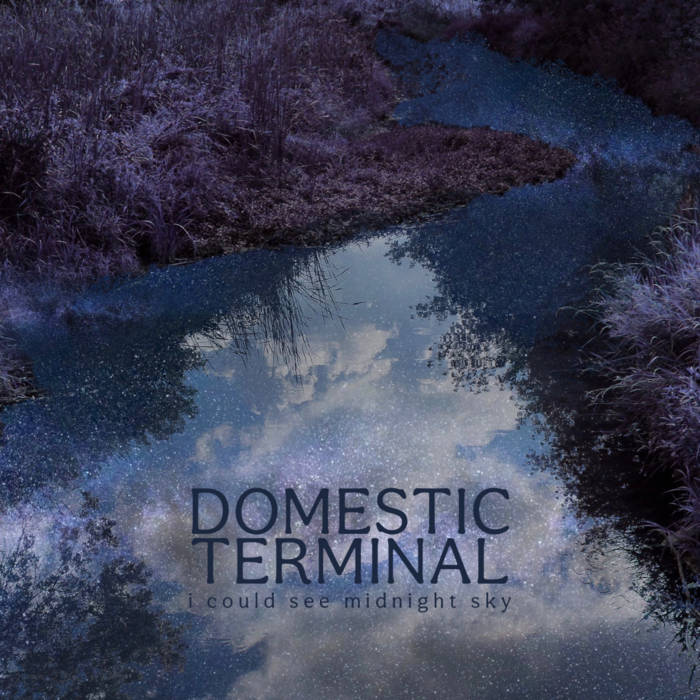 Most Recent Release: I Could See Midnight Sky (LP, October 2020)

I caught up with Jack Mancuso and his fellow bandmates to discuss their debut album, their aspirations, and this little corner of the internet we call Sputnikmusic.

Tell us a little bit about the band — what’s the vibe like? Is it chill and laid back, or serious and meditative? Was there a lot of pressure to fashion a representative debut out of I Could See Midnight Sky, or was it treated as more of a sampler plate for ideas to see what worked out the best?

MATT: Out of all the bands I’ve been in, I’ve felt the least amount of pressure in this one. The meditative part of me comes out in the lyrics I wrote/am going to write. As the one band member not in the band during the creation of the first album, I never saw any indication of them desiring to “sound” like another band. I caught MANY a glimpse of material they were conjuring up and I’m very proud to see how they wrote not only songs but a cohesive album.

JACK: It’s honestly a little bit of everything, which is why I love it so much. At the beginning of 2017, when the band was just me and Tim, the only reason we were writing music is because we hated college so much that we needed something to do. We’ve been lucky to add like-minded friends to the band over the course of the last few years (Kyle in 2018 and Matt in 2021), and it’s made creating music and playing shows so much more fun.

TIM: As for the writing process, over 40 song ideas were written before the tracklist was finalized, and 18 of those songs at least entered the tracking process (2 of which are being released as B-sides in a couple of weeks). We still wanted the album to flow well, but we basically just picked what we considered the 12 best songs in our mind and made it work together.

I Could See Midnight Sky was released in October 2020. How did COVID-19 impact your ability to create the album? Were you all together, or was everything recorded separately? What specific challenges did you face?

JACK: In an ironic twist, COVID actually permitted the band to finally begin the processing of recording everything. During lockdown, a friend of mine loaned me a bunch of drum mics to help him with some videos he was making for a church service, which finally allowed me to begin laying down drum tracks for the album we had been writing for over 3 years. The album was recorded in various basements in the Chicagoland area, depending on where the equipment we had was located. Having to wait so long to get our ideas down on record was definitely the biggest challenge of the entire process, but things are a lot more stable now that I’ve got equipment of my own like microphones and Logic Pro.

Over the course of 2021, I developed a really sentimental attachment to I Could See Midnight Sky. I listened to it while driving my 2 year old son around to various parks/playgrounds all spring and summer long to the point that even my wife knows all the words. Any time I’m driving after dark, it’s my go-to atmospheric vibe. Honestly, the last time I connected with an emo-rock album this strongly was Jimmy Eat World’s Clarity. Was it Domestic Terminal’s goal to create a placid, shimmering “night drive” album, or am I just projecting my own experiences onto the music?

TIM: For “Saint Mary’s Road” it was very intentional, that song was created as an ode to summer nights, and “Worms” is a nighttime song in a different way. I enjoy listening to music at night more than in the daytime, so a lot of the songs ended up gravitating toward that sound, even if it wasn’t on purpose. Also the album cover is purple and has stars on it.

I Could See Midnight Sky is full of “little moments” that make each song stand out — the resplendently sparkling guitars of ‘Nickels & Dimes’, the gorgeous acoustic picking during the outro of ‘Flesh to Spirit’, the depressing-yet-romantic chorus to ‘Flicker’, the seriously catchy vocal melody on ‘Raindrops’, the reverse delay setting on ‘Indiana’, the blast of energy delivered via ‘Amped’, the sad and nostalgic lyrics of ‘Saint Mary’s Road’…(I could go on). Do you have a personal favorite moment from the record, or a particularly unique wrinkle that you believe contributed to I Could See Midnight Sky‘s atmospheric/emotional character more than anything else?

JACK: My favorite section on the entire album is without a doubt the middle instrumental section of “Sunset Hymn”. My intent with that moment was to make it sound like a sunrise during a downpour, and I think we succeeded. Every layer we added just kept making the song more and more massive, and I couldn’t believe that we actually managed to keep making it sound better. Most of my best memories from recording the album revolve around that song.

MATT: If I could pick one section of the entire album, it would be the swell into “Worms”, my favorite song on the album. There is not a moment more personal and now heart-wrenching than that. The bark at the beginning is Tim’s dog Gracie, who passed away but lives on in our hearts.

TIM: In terms of favorite moment, I think there’s too many choose from. I have a “unique wrinkle” though; For Midnight Sky, all of the initial demos were recorded on my iPad, and “Indiana” was the last song to really take form on the tracklist. The reverse delay setting I used for the demo wasn’t working during the tracking session, so we took a risk and tried to make the original iPad recording work for the ending section of the song. It worked out despite being way more lo-fi than the rest of the song.

Word on the street is that Domestic Terminal has something new brewing. Is there any truth to this rumor? If so (and without giving too much away), please give us a taste of what we can expect in terms of comparing it to  I Could See Midnight Sky, and if possible when we can expect to be graced with that record’s successor.

TIM: I would describe the sonic palette of the new music as more streamlined within itself. We leaned into the emo influences a bit more, somehow used even more reverb, and experimented more with alternate tunings and time signatures.

MATT: You know “Worms,” that song I mentioned earlier? It’s kinda like that.

The year is 2030 and Domestic Terminal has reached all of its goals. Can you describe what that dream scenario would look like? Are you crowd-surfing in a post-pandemic concert in a packed arena, with thousands of fans chanting your name? Touring with Adele? Elucidate the definition of success for you and your band, respectively.

MATT: My dream with this band is to tour and I would love to eventually headline a tour with this band. I shan’t speak on what success means for the band as a whole since, well, I’m not Jack, Tim, or Kyle. Thinking about what success means for me is difficult. I currently manage a specialty coffee shop and I LOVE what I do, absolutely love it. With that being said, music full time in some capacity would be incredible.

TIM: My definition of success would be doing music with the band full time. In the scenario that doesn’t happen though, I would still want to continue making music with my friends because I love doing it.

JACK: Having the freedom to create whatever we want to create, and play wherever we want to play. It’s going to be hard to maintain both of those at the same time, but it’s the optimal lifestyle.

You’re part of the “Musicians of Sputnik” blog feature now, so I’m obligated to ask: who or what got you into the site? Can you share what you remember about Sputnik at the time?

JACK: My scrawny 14-year-old self read the 2011 year-end list and discovered Bon Iver’s self-titled, which I definitely don’t like as much now as I did then. Still, listening to that album was the moment I knew music could make me feel alive, and the moment I began to consider it as something I’d want to pursue in my life. I made an account a few months later and dove headfirst into the most toxic cesspool of music discussion I’ve ever seen. But I was teenage boy on the Internet so I was having a grand old time, and I eventually managed to make some pretty great friends here.

TIM: Jack showed me the site in 2014, and I’ve mostly lurked since then, except for commenting on Jesper’s shoegaze reviews.

MATT: Jack introduced me to Sputnik sometime in early high school. Since then I’ve just lurked hardcore while I find new music off the front page.

You (Jack Mancuso) joined the site in 2012, but didn’t release your first LP until 2020. In that 8 year window, did Sputnik ever point you to an artist that you’d now consider to be a major influence or source of inspiration?

JACK: My drumming style is most strongly influenced by Chris Tsagakis from Rx Bandits, a band I discovered here. We sound absolutely nothing like them, which is hilarious.

TIM: This is funny because this is a review you wrote, but of all the bands I’ve discovered on Sputnik, Tigers on Trains has probably been the #1 influence on my writing style, especially when it comes to writing vocals and harmonies. In addition to that, most of my time listening to music seriously has been through Sputnik, so pretty much every band that has been and influence to me has been at least somewhat discovered through the site.

MATT: So the first BIG discovery for me on www.sputnikmusic.com was an album that I’m pretty sure you think is a discount version of our debut, that being Peripheral Vision. It’s slowly risen to being my #4 album of all time. If and anytime I want to write some dope indie rock, I look to this album.

Tell us your true feelings on Michael Jackson’s Thriller.

JACK: Of all the albums in the canon of Western music, it’s definitely one of them.

TIM: The first song is a banger.

MATT: I’m unfamiliar with what you’re talking about, what is Thriller?

JACK: Matt is no longer a member of Domestic Terminal. We regret to share this information with our audien-

As a musician who is now successfully pursuing his dreams, do you have any words of wisdom to impart upon members of the Sputnik community who may be looking to do the same?

JACK: Very kind of you to use the word “successfully”! I’d encourage anyone looking to create art of their own to persevere. This album went through all kinds of setbacks and several different tracklists before we finally managed to make it happen, and every single one of those setbacks was worth it the moment we made it to release day.

MATT: Man it feels like there’s so much to say. The most important thing I could say is manage your expectations. Not every song is going to be produced perfectly. Not every live show is going to go the way you want it to. As with most art, you get better with time. It’s all worth it though, I can guarantee that. 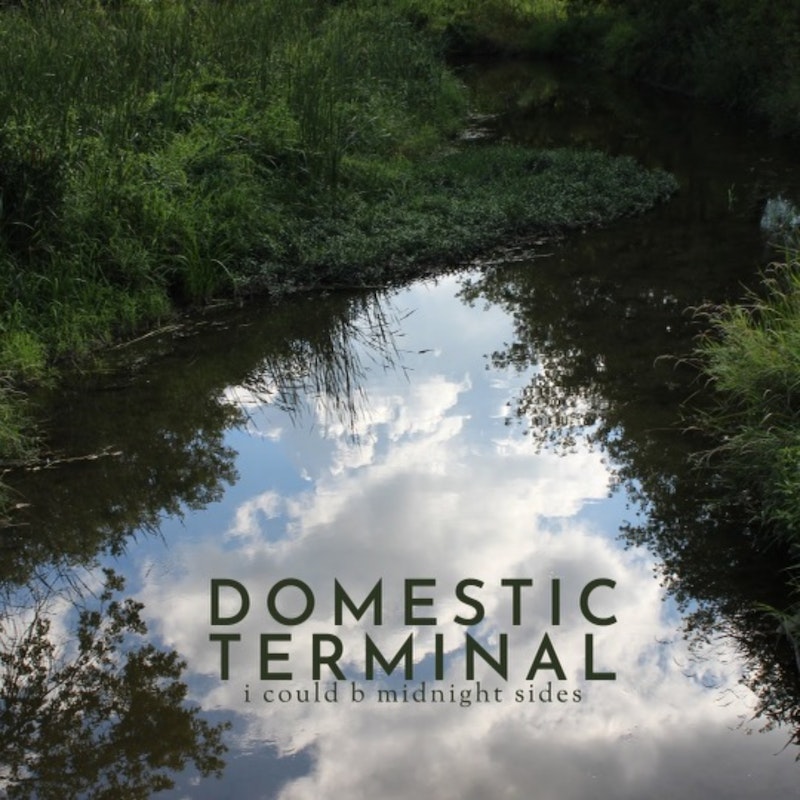 Domestic Terminal is releasing a pair of b-sides on February 4, 2022. Pre-save on Spotify.