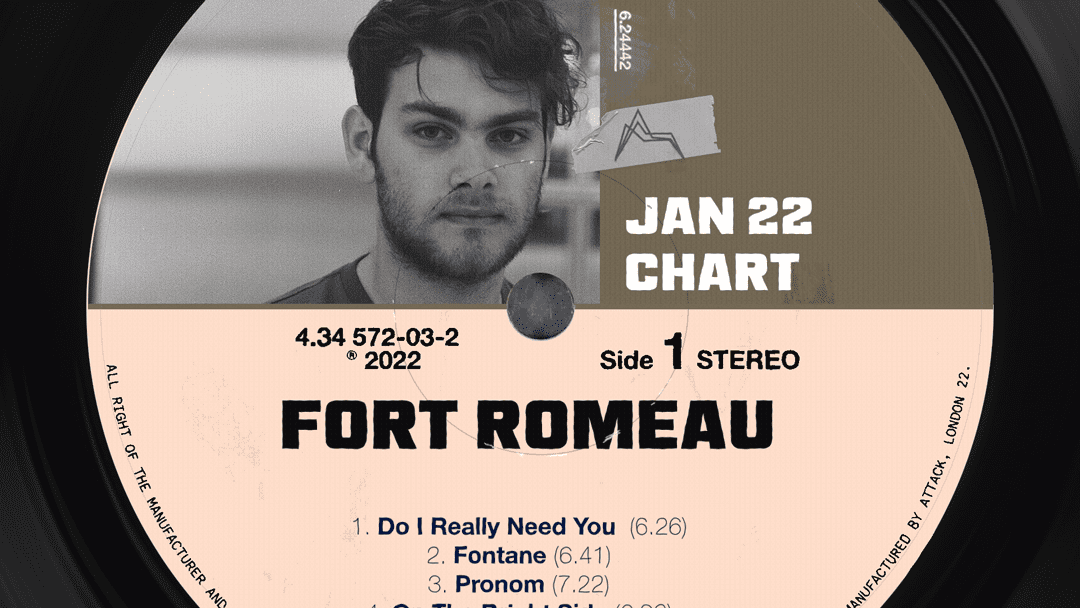 As an integral artist on the Ghostly International roster, Fort Romeau has released a cluster of records on the label; most notably his 2015 sophomore LP 'Insides'. The critically-acclaimed album was inspired by an eclectic mixture of house, krautrock, ambient and techno.

In the years since its release, the producer and DJ focused his energy in several directions; performing all over the world & dedicating time to producing standout remixes for the likes of Jacques Greene, Ela Minus, Alt-J, Gold Panda and many more.

2015 also saw him set up his own label ‘Cin Cin’, releasing split EPs from established names and newcomers alike, with a diverse musical policy that reflects the DJ/producer’s open-minded and inquisitive approach.

Across his near-decade-long career, Fort Romeau has released EPs and featured on compilations for labels such as Running Back, Live At Robert Johnson, Rush Hour, Cocoon, Correspondent, Mule Musiq, and most recently Phantasy Sound, with his hi-energy rave edit 'FWD NRG' that dropped earlier this year.

Now with over 15 million plays across his catalogue on Spotify, Fort Romeau has spent the past ten years carving out his own space within dance music and has cemented himself as one of the most revered names in the industry.