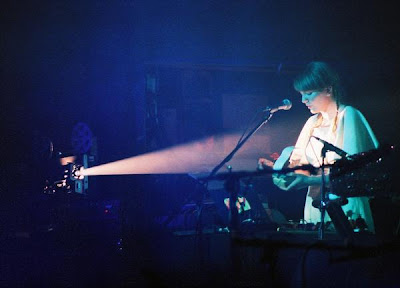 Kira Kira, Kristn Bjrk Kristjnsdttir, is a founding member of Icelandic art collective Kitchen Motors. For the past 10 years she has tinkered with noises in bands such as Spnk, Big band brtal, Strsveit Sigrar Nelsdttur and as Kira Kira since autumn 1999 when she had a funny nightmare in Tokyo. She has composed music for theatre, dance and movies and performed exhibited extensively in her home country, Iceland as well as around Europe.

Kristin's visual work is often a staged haunting of some sort created with sound, smoke, wind and light presented in installations or on film: Singing black holes, blood driven cowboy hats hovering in thin air, a duel between smoke machines in castle towers, beset tape recorders, eternal explosions, trembling doors and someone who's dead by laughter or romance. 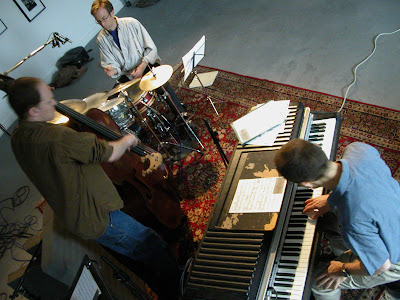 BIO:
The members of mi3 are veterans of the Boston free jazz scene who have worked together for years, but this band's genesis took place in 2002 under special circumstances when Nate McBride was hosting a series called "mim" (modern improvised music) at Boston's Abbey Lounge, a tavern without a piano that was usually home to rock bands. Mi3 became the house trio with Pandelis Karayorgis playing electric piano. The results of the experience (both in situ and in the studio) were collected on We Will Make a Home for You (on Clean Feed), a notable release from 2005. The electric incarnation of mi3 might suggest what certain very high profile piano trios should sound like, combining some of the drive and riff-driven energy of electrified music with the fluid, complex creativity of jazz.

"If you asked me to make a long enough wish-list for musical projects, I'm sure I'd wind up asking for a trio with an elite post-jazz keyboardist smearing a Fender Rhodes electric piano over a snap-crackle-pop free jazz rhythm section. You can imagine how great it felt to have any such wish pre-empted by a disc that jumps right into the stratosphere with a leadoff take on Dolphy's "Gazzelloni" that fits the proposable scheme as tight as I could hope for. This disc just destroys me... "