INTERVIEW WITH WITHIN DESTRUCTION [LEBANON] 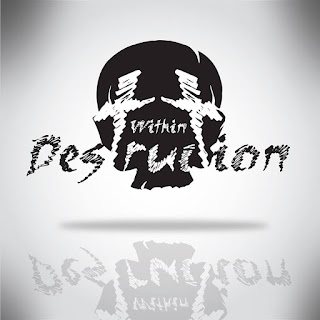 In anticipation of their appearance the Metal Gathering on February 11th at Beirut's Metro al Madina alongside Nader Sadek, Voice of the Soul, and Slave to Sirens, our managing editor Habib interviewed Lebanese metalcore band Within Destruction

Habib: So how did Within Destruction come about as a band? Did you guys know each other before it was formed?

Within Destruction: The band started off with the idea of Jeanpierre Saoud, our guitarist, who teamed up with another guitarist and they searched for a drummer and two vocalists (clean and growls). They got Charbel Maroun, our current bassist, and then added Ziad Mehieddine as a 3rd guitarist. Due to certain circumstances the vocalist and the guitarist had to leave the band, and we had to change the other vocalist due to a change in the band's style. Within Destruction was left with Jeanpierre Saoud, Charbel Maroun, and Ziad Mehieddine who were close friends way before the idea of a band came up. Malek Haddad later joined us as a vocalist and we all seemed to click at once, as we started working hard and writing originals with harmony and ease, of course with the help of our previous Drummer Jack Khamo. We recently changed drummers while staying in good term with Jack. Now our drummer is Nizar Masri, a very talented young drummer. 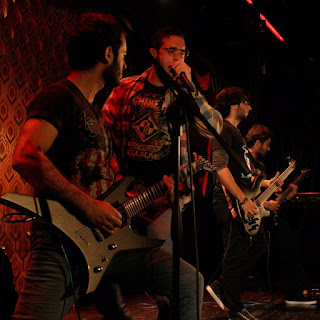 What can the fans expect regarding your performance at the Metal Gathering?

We're going to play 5 of our originals, 3 of which were never heard before. We promise our fans amazing melodies and neck-breaking breakdowns.

How does it feel sharing the stage with Nader Sadek and other talented musicians?

Having to play along such amazing headliners is beyond what we thought we'll ever achieve. It's a huge honor.

What would you say would be your top 5 musical influences?

Our top 5 influences are As I Lay Dying, August Burns Red, Amon Amarth, Lamb of God, and Bullet for my Valentine. 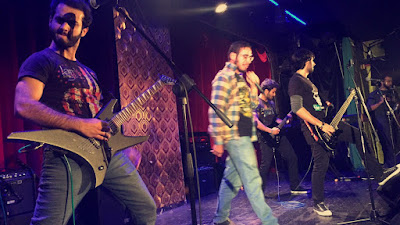 What have you been working on lately? Is there anything you’d like to tell the fans regarding new releases?

We've completed 9 originals and we recorded a demo to be completed soon. Our main focus now is the Metal Gathering.

Do you have any pre-show habits that would help you get ready for the show?

We always sit together and chill out, and try to relax before rocking the stage. Then, we rehearse our parts to ensure that we deliver our best. We try to keep focused on the main goal: DESTRUCTION! 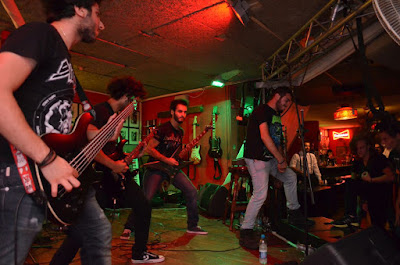 What do you expect for the Lebanese metal scene after this show?

After this event, and every other event, we wish to deliver our message by playing our music. The songs we write are from the heart and we want people to hear our sound and not just the instruments. Metal-core in Lebanon faces some prejudice and generalization due to some cheap international bands. We would like to change peoples' way of viewing this style and enjoy this genre. We also would like to have more support from the local scene.

What have you been listening to lately? Anything you would recommend to your fans?

We have discovered Northlane not long ago, and we recommend everyone to listen to them because they give out a great message. Also, we never stop listening to Architects, August Burns Red, As I Lay Dying and A Day to Remember. They have a special place in our hearts.

Any words for Metality readers?

To all Metality readers, we want you to show up February 11 and help us rise with the scene. Enjoy life and always be profound and honest with what you love, and do what you love!