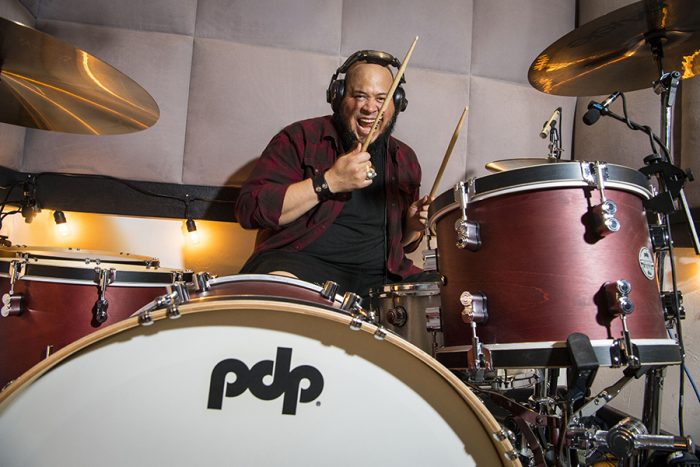 Abraham Laboriel Jr. has been Paul McCartney’s drummer since 2001.

Paul McCartney is a legendary The Beatles member who was co-lead vocalist, co-songwriter, and bassist for the band.

He started his solo career after The Beatles, and he stayed at the top of the scene ever since.

Laboriel has been playing with McCartney for over 20 years, and he’s one of the most highly respected percussionists in the world.

We’ll take a closer look at Laboriel’s drumming style, what makes him such a remarkable musician, as well as a bit about the whole Paul McCartney band and their career.

Who are the members of Paul McCartney’s touring band?

Paul McCartney’s drummer Laboriel Jr. is a backing bone of the band and a great musician who collaborated with many stars of the scene.

After 10 years,in Beatles McCartney began a solo career and has been touring as a solo artist since 1989. The Beatles and Wings were a huge part of McCartney’s career since he has been a part of it for roughly a decade.

But he and his current band members have been collaborating for quite some time, even longer when compared to previous bands, which he claims has led to some of his most memorable performances.

McCartney has consistently worked with the same backing band on the road, with individual band members contributing to the former Beatles member’s studio efforts.

Paul claims that there is a special bond between the band members. They are here for one thing and one thing only and that’s the love for music. Paul McCartney drummer Abe Laboriel Jr. and Paul himself especially showed what real partnership and passion are like in the music industry.

Did Paul McCartney play drums on any Beatles songs?

Paul McCartney did play drums for the Beatles on couple of tracks.

Richard Starkey, better known as Ringo Starr, was the main drummer in the group. But, Ringo, at one point, left the group during the recording of The White Album. Therefore, Paul stepped in the times when the Beatles needed the drummer the most.

Some of the most popular songs that McCartney featured as a drummer are ‘Martha My Dear’ and ‘The Ballad of John and Yoko’.

Besides drums, he also played guitar on several tracks, including the timeless hit “Yesterday,” where you will find only Paul on guitar accompanied by string players.

What instruments can Paul McCartney play?

His main occupations were singing and songwriting, but Paul McCartney did play over several different instruments!

Some of the most popular ones were, acoustic guitar, bass, electric guitar, piano, and keyboards, as well as drums.

In addition, Paul McCartney contributed more hits to the Beatles than any other member of the band.

Who is Paul McCartney’s current drummer?

The Paul McCartney drummer is Abraham Laboriel Jr. and he has been in the group since 2001.

In 2001, he played his live show with Paul McCartney at The Concert for New York City, and since then he has played on each and every McCartney’s tour.

Besides drums, Abe is also a very good singer and plays guitar, bass, and keyboards. When on tour with Paul, he would switch instruments from time to time to accommodate particular songs. On his solo album Naked from 2013, he played all the instruments.

Who is Abraham Laboriel?

Abe junior immediately showed interest in music very early and started playing drums at the age of four.
His family guided him and encouraged him to pursue a career as a musician. Laboriel Jr. attended the Dick Grove School of Music and Hamilton High School Academy of Music in Los Angeles in his senior year.

He graduated from Berklee College of Music in 1993. As a drummer, Laboriel’s first break was with guitarist Steve Vai which he toured with. Afterward, he toured with Seal, which led to him being noticed by record producers around Los Angeles.

Laboriel Jr. has also performed and recorded with many popular artists and was involved in the popular Nickelodeon television series, Roundhouse.

Who did Abraham Laboriel Jr. play for?

A tour with guitarist Steve Vai was Laboriel’s first break as a drummer. After that, he toured with a famous singer Seal, which led to his breakthrough as a session drummer. He was touring with K.D. Lang when Sting saw him and invited him to join his backing band.

Touring with K.D. Lang also brought him the connection with Paul McCartney. Laboriel was part of the band The Raging Honkies and the music collective Chocolate Genius, Inc. The list of prominent musicians that Laboriel played with is very long.

Besides those we already mentioned, he performed and recorded with musicians from various branches including pop stars like Shakira, Kelly Clarkson, Ashlee Simpson, and Lady Gaga.

Where is Abraham Laboriel now?

On the other hand, Abe Laboriel Jr. is also active in playing drums in Paul McCartney’s band, as mentioned earlier.