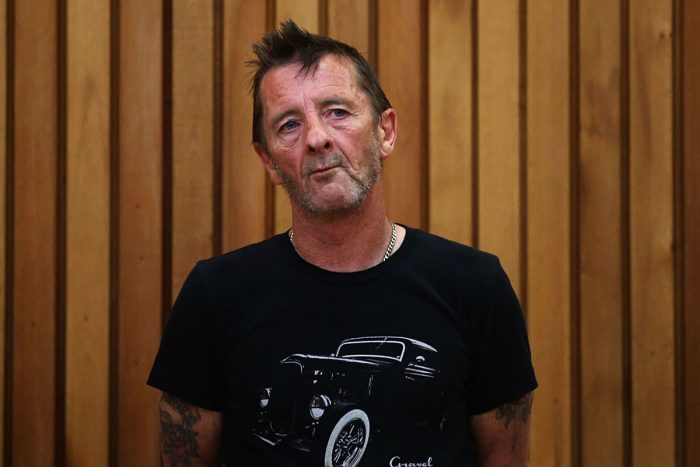 Like any other band, this one had some changes over their fruitful career. They changed a few guitarists, lead vocals, and ACDC drummer as well. In this article, we are going to talk about the most influential drummers and their contributions to the band.

Scottish-born brothers Malcolm Young and Angus Young formed AC/DC in Sydney, Australia in 1973. A variety of descriptions have been given to their music, such as hard rock, heavy metal, blues rock, but the group simply refers to it as a rock and roll band.

Malcolm and Angus came up with the band’s name when Margaret Young, known as their sister, noticed the initials “AC/DC” on a sewing machine. “AC/DC” is an abbreviation meaning “alternating current/direct current” electricity.

Based on their perspective, that name perfectly matches and symbolizes the raw energy and power in their performances. Alongside Young brothers AC/DC original lineup were bassist Larry Van Kriedt, lead vocalist Dave Evans, and drummer Colin Burgess.

They went through several lineup changes prior to releasing their debut album in 1975, called High Voltage. Eventually, the band was centered around the Young brothers, singer Bon Scott, drummer Phil Rudd, and bassist Mark Evans.

The Australian rock drummer Colin John Burgess was best known as a member of The Master’s Apprentices and AC/DC. He joined the band between November 1973 and February 1974.

Unfortunately, Burgess was dismissed from the band due to his drunken behavior on stage. However, he claimed later that his drink had been spiked. At this point, the band didn’t have a drummer, so they soon enough hired Phil Rudd as Burgess’s replacement.

In a fight that occurred in Melbourne, Rudd injured his hand. Due to their inability to play drums for a while, Burgess was called in as a fill-in for a few weeks.  As fate would have it, Burgess happened to be present at The Music Factory when Bon Scott passed away in February 1980. The former drummer was one of the last people Bon, the AC/DC singer, had spoken to before he died.

Phillip Hugh Norman Rudd is an Australian percussionist, most famous for being the drummer of AC/DC across three stints.

A former Coloured Balls bandmate of Rudd’s told him about AC/DC’s auditions, so he decided to go on and try and was hired immediately. Rudd’s style fitted the band perfectly, so soon enough he became an important part of AC/DC’s group from 1975 to 1983.

In 1987, singer Bon Scott wrote a letter to his sister that complained about Rudd’s mental health. He suffered from a nervous breakdown, so he spent a lot of his time with a psychiatrist. It was a bit scary, but it did not influence the band and its members. Lucky Rudd got out of that problem and was back on stage in no time.

The death of Bon Scott, which happened in 1980, deeply saddened Rudd. Three years later, he decided to leave the band after releasing the Flick of the Switch album. Part of the reason for his separation was his personal issues, as well as a conflict with the guitarist Malcolm Young, which was alleged to escalate to physical violence. AC/DC hired Simon Wright as Rudd’s permanent replacement.

In 1991, when the band promoted their album Razors Edge, Ruddy was asked to jam along, which he accepted. While no reunion plan was discussed at the time, Rudd permanently rejoined the group in late 1993. From that year until 2015, Ruddy was fully active as a drummer in AC/DC. However, due to his house arrest, he had to be replaced by former drummer Chris Slade.

Peter Clack is an Australian drummer who joined the band in April 1974 and played for ten months. He can be seen in early video footage of AC/DC “Can I Sit Next to You Girl”.

Clack was in the band when they recorded their debut album High Voltage, which was largely recorded by drum session artist Tony Currenti. He stayed in the band until January 1975, when he and Bailey were fired and were replaced by Phil Rudd.

He has had a long drumming career since he started drumming at the age of 13. A little bit after he turned 20, he auditioned for AC/DC after their drummer, Phil Rudd, left.

Wright played three songs at the audition, and just two hours later, he received a call that he had got the gig.

The band recorded three albums with Wright in the mid-late 80s, Fly on the Wall, Who Made Who, and Blow Up Your Video.

In November 1989, he decided to leave the group and join Dio. Soon enough, he was replaced by Chris Slade.

He performed on their 1990 album The Razors Edge as well as their first live album with singer Brian Johnson.

Slade was first hired through the management and later invited to join them as they recorded their only album together. In 1990, Slade appeared on The Razors Edge album, which accompanied the world tour, and on the 1993 single “Big Gun”.

The following year, shortly after demoing for the album Ballbreaker, Malcolm Young called Slade and told him the band wanted to reunite with drummer Phil Rudd. Slade refused Young’s request to keep him on hand in case Rudd refused to return.

He has nevertheless stated that he still gets along well with AC/DC, which claims their reunion in 2015 when he replaced Rudd for the “Rock or Bust World Tour”.

There’s no doubt that the band had some amazing percussionists, and that ACDC drummers, all to one, made a huge impact on the band’s success.