Pete Doherty’s Talent Shines Through, After All These Years 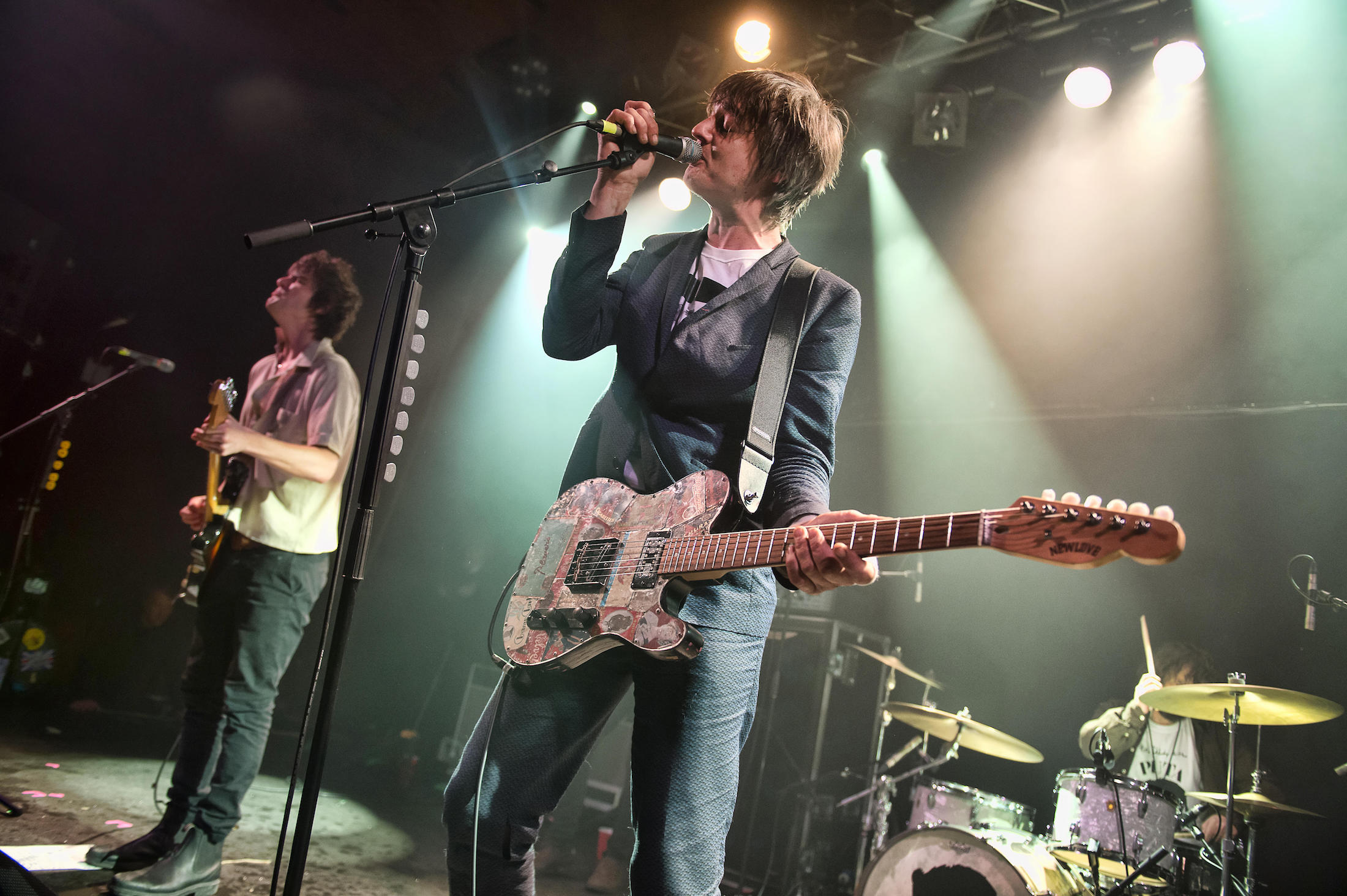 “One’s too many, and a hundred ain’t enough / Oh come here lordy, give me more of that stuff.” So go the lyrics to “Pipey McGraw”, an unreleased song by Pete Doherty that some could easily presume is about smoking crack cocaine and the cliff-edge drop between sober living and heavy drug use.

Like much of Pete’s post-Libertines work, the song homes in on drugs. He’s often frank about his two loves: both a poetic vision of England; and cruising through that vision as smacked, cracked and gakked up as possible. In a recent Channel 4 interview, when asked if he was concerned about the tragic repercussions of his lifestyle, he paused – wiped away a tear – then said: “There’s just something in me… this mad soldier who never cries, never gets upset, and nothing can kill him.”

See, after a stint in Thai rehab in late 2014, Pete has said he's actively using drugs again. As he told the Guardian last month, he resumed using them pretty much from the moment he landed back in Margate, where he now lives. He leaves fans with room to surmise as much from each piece of press that’s arrived to support his new album Peter Doherty & The Putra Madres. Alongside the aforementioned Channel 4 and Guardian interviews (in the latter he repeatedly tries to sell the journalist his belongings) you can watch an hour-long video chat with NME where he talked about his fascination with drugs (“I love to be around them: I’m fascinated by the language, the clothes and the culture”).

It’s hard not to look at this run of press – Doherty, grey and sweating; giving pull-quote after pull-quote – and not think about Amy Winehouse. The two were pals, loosely part of the same Camden set that involved Russell Brand. Russell has now been sober for 16 years. Amy has, sadly, died – the run-up to her death well documented, in the film Amy, in the multitude of think-pieces asking ‘Shouldn’t we have stopped this earlier?’ Those prone to speculation could easily think to themselves that Pete seems to be a similar end of the scale.

On Sunday night I went to see him play with his new band The Putra Madres (Spanish for motherfuckers, FYI) at London’s Kentish Town Forum. Supported not by a band, but by a magician, I’d initially expected… not so much the worst as at least something resembling a performance at the local fairground. Perhaps – like some of those last performances by Amy Winehouse – he would be in too vulnerable a state for appear 'up to it'; maybe he'd arrive late on stage, etc. And sure enough when he appeared, he seemed to sway around with the legs of a newly birthed calf, almost smashing a roadie in the face with a forcibly chucked guitar.

His recent album is one of his best. “Paradise Is Under Your Nose” is the next in the pantheon of Doherty classics like “Albion”, “For Lovers” and “The Whole World Is Our Playground”; lead single “Who’s Been Having You Over” is full of bite. The further he moves away from The Libertines and their brand of speed-led indie, the closer he gets to writing the Arcadian classics he’s always sought out to stack up in his discography. The Libertines had always presented a Dickensian, post-war image – and they invented the phrasing of “the good ship Albion”, their metaphor for Britain and the collective journey to Arcadia – yet had always done so through a suffocating storm cloud of malaise (Doherty famously robbed bandmate Carl Barât’s flat, and was kicked out multiple times for problem drug use). But here, with the Puta Madres, is a sound that's a lot cleaner, a lot more sharp.

So as Doherty releases one of the brighter albums of his career, it’s strange to see him not just on the wagon but never seemingly off it. It’s sad to witness, and yet he seems to view things romantically. Among many things he said in that interview with NME (“An opiate is one of nature’s greatest gifts to us”, or wishing he’d spoken more about “the incredible positive effects of drugs”), he questioned why people look down on him using instead of asking “why are you combining drug use to create this incredible escape from this grey, tepid, sterile, macho-reality?”

Based on what he's told journalists recently, Pete appears to recognise the severity of his problem drug use; he goes on to say it’s like having a brother (“I can’t really separate myself from him… he’ll always be there”). And yet on stage at Kentish Town forum, he never misses a note, a lyric, a riff: of the handful of times I’ve seen him perform, whether as Libertine, Babyshamble or solo, it’s one of the better shows. And unlike those last gigs from Amy Winehouse, it seems Pete wants to be here – there’s no father pushing him on, no record label (he self-released this album); just a desire to perform or earn money or, let’s be honest, both.

One particularly striking moment comes when he performs new song “Someone Else To Be” (listen above). Toward the end, he references Oasis' “Don’t Look Back In Anger”, singing “please don’t put your life in the hands / of a rock ‘n’ roll band / they’ll throw it all away”. It feels pertinent. 17 years, eight albums, multiple convictions and rehab attempts, fall-outs, break-ups, destruction and several brief glimpses of paradise later, he’s still filling venues, fans hanging on to every word. Doherty mania is no less voracious among his fanbase than it was in his more beautiful heyday.

Yet as time ticks by, the inclusion of that lyric in “Someone Else To Be” feels chilling. It’s on the recorded album version of the song too, and hearing it reminds me of a young teenage Doherty queuing up to buy an Oasis album. Back then he was a budding poet (he won a competition aged 16 and toured Russia, due to funding from the British Council). He’s older now, still a poet, as meaningful to some people as Oasis were to him. So hearing that line on a record of his feels knowingly prescient.

But Pete's still here. You hope that someone will pull him back towards sobriety – he mentions Carl has said to him he won’t be getting The Libertines back together because he doesn’t agree with Pete’s problematic drug use – though he doesn’t seem to be being pushed to do anything he doesn’t want to do. More than that, as he told the Guardian, he's not actually unhappy. Asked then about how outsiders could assume he has a self-destructive death wish, he replied: "I love life. I squeeze everything I can out of the day." As Pete says on that song “Pipey Mcgraw”, about his relationship to skag-and-bone: “we had a real good time, just me and you”. It'll never stop being sorry seeing it all play out.