It’s an unusually warm, clear day in early November, and most of Ridgewood’s young residents are outside trying to eke out the afternoon’s last few rays of sunshine. I’m walking to the store to buy oranges to bake a cake. Passing through Grover Cleveland Park, weaving through running children and the usual dogs I see trotting around the neighborhood, I spot Anthony Naples and Jenny Slattery sitting on a bench. The couple run the record label Incienso together—they’ve put out records by DJ Python, Call Super, and Beta Librae over the years—and they’re figureheads of the New York City dance community that’s made the Queens club Nowadays its home base in recent years.

When I see Naples and Slattery in the park, they’re eating a late lunch and sipping green juice. I start to get a bit nervous. I should be preparing for the interview Naples and I have scheduled for tomorrow, not thinking about cake recipes. But Naples and Slattery look so peaceful sitting on that bench, drenched in golden hour light, that my mind eases up a bit. I’ve known Slattery for a few years, solely in the context of running into her on dancefloors, and she’s always been a warm presence. I’ve heard that Naples is just as nice. It’s a few days after the New York City marathon, which I’d heard Naples ran, so I stopped to say hello and ask how it went. He says that it went well but demurs a bit, making a little joke about how that shouldn’t be the focus of our actual interview the next day. Why not, I wonder? Is he a self-serious artist who doesn’t want to delve into his personal life? Or is he just shy?

Even when Naples talks about the process of making music, he decenters himself. When we do meet up the next day, he explains how he tried to turn the experience of playing alone into something that felt uncannily communal. “I like all sorts of music and I play all of these instruments, and at the time I was trying to think of it like I was recording somebody else. It was a fun goal to make it sound like a group of people were playing or being sampled,” he says. He thinks he didn’t quite achieve that. “Every time you make something, you try to hit the goal. Usually you don’t hit it, so you do it again and again. That’s how I feel about the record. It was mostly good, but the next one’s gonna hit it,” he says. “But it won’t.” He likens it to a dangling carrot that’s always out of reach.

Naples picked up his guitar a few months before the pandemic started and jammed for months on end during the daytime, slowly building up the downtempo eddies that make up Chameleon. He slowly crafted together the songs during the solo sessions in his studio that took up most of his pandemic mornings. You can almost hear sunlight pouring out of it. The consensus around the record is that it’s a left-turn for Naples, and I ask him if he agrees. He thinks of it less as a departure and more as an opening. “I found myself listening to music that I’d lost connection with,” Naples says, like Talk Talk or other askew pop and rock music from the past that he’d maybe glossed over when he’d first heard it. “That was a good basis for making something new, too—trying to go outside of the stuff that I’d been known for making—house and techno and stuff. Not that that’s not honest, but it was a different part of me that I wasn’t exploring.”

By the time he sat down to record Chameleon, Naples’ career as a DJ had all but stalled, with clubs shut down worldwide. He wanted to prove that he could do more than make house and techno records for the rest of his life and put to use his skills as a musician in the more traditional sense—he plays guitar, bass, and drums on the album He tried other new things too. He picked up running and started going on camping trips upstate. He worked as a production assistant on a wrestling show for a minute, thinking he might want to get into TV production, but he quickly realized he was lying to himself. He was shocked to realize how much he had built his identity around being a DJ, how much what he felt about himself was tied with what he did for work.

Naples tells me all of this as we sit outside at a Ridgewood cafe. The owner of the café leaves at lunchtime and comes back for dinner service, surprised that we’re still sitting there. At least six different friends walk by and interrupt our conversation, which just goes to show how tight of a bubble the neighborhood really is. Cute dogs keep distracting us: Two Jindos walk by, and one of them is dressed up in a little black and yellow sweater that makes her look like a bee. After each pup sighting, Naples says that he needs to get one, sounding more convinced each time.

Reflecting on his past, he’s effusive when he tells me about growing up in Sunrise, Florida, a city incorporated by a developer in 1961 who created a gimmicky upside-down house to attract people to the area. It’s near Fort Lauderdale, but it’s a part of the suburban sprawl that spreads outwards from Miami, where Naples grew up going to DIY punk shows. Best case scenario, some kids would rent a hotel room, invite 200 people, have a DJ or two play, and inevitably get kicked out a few hours later. Naples dabbled in making music back then, but it wasn’t until he moved to New York in 2010 that he started to take it more seriously.

In the early days of his time in the city, he worked at venerated indie label Captured Tracks. He had just started hearing the music that he credits with his early club music education, like Theo Parrish, Actress, and Omar S, down in Florida, but the fact that he worked for an indie imprint came with certain expectations. It made him shy to share his own music with others. “Bands are different,” he says. “They get on stage, play their songs and have fans and all that. When I found dance music and started to understand the concept about the club, it felt more like you could be more anonymous and not such a front and center sort of presence. That was really attractive to me because I hate being in the spotlight.”

Things shifted quickly once he put out his first record on Justin Carter and Eamon Harkin’s Mister Saturday Night: The lo-fi house cut “Mad Disrespect” blew up, and he started touring immediately. “I always felt insecure about that,” Naples says. “I felt like I didn’t have a lot of roots here.” I’m a bit surprised to hear that—in my head, it seems like Naples has been a fixture of the scene since its inception—but he moved to LA in 2014 and then Berlin a year later.

It wasn’t until he crash landed back in New York at a house on Fairview Ave that he shared with musicians Brian Piñeyro (aka DJ Python), J Albert, and Will DiMaggio that he started to realize how important it was to be a part of the scene on a ground level rather than an export of it. He wanted to be more proactive, to help his peers, to share knowledge. Piñeyro took him under his wing after Naples’ particularly rough go of it in Berlin, and Piñeyro sent him early recordings. Naples felt like it was the right time to do something new. He met Slattery three weeks later. They started a label, Incienso, and agreed to release a DJ Python LP. The night of the album’s release party, Slattery and Naples picked out wedding rings at a gold shop in Chinatown.

The community Naples’ has helped to sustain is only getting broader—Incienso is expanding beyond Naples’s extended friend group to bring in Berlin-based DJs like Nene H—and Naples now firmly straddles three worlds. He thinks of himself as a producer first and foremost, then a label guy, then a DJ. He enjoys the administrative quotidian grind of running a label as much as he does the experience of DJing peak-time at Nowadays. Not many artists dream about having a shipping station in their house.

It’s in part because of his ability to bounce between these roles that Naples seems a bit unsure of what people expect from him or what story suits him best. There’s been times when music outlets say they love his music, but they’re unsure what context to ground a potential story in. He’s gracious and understanding about it, conscious of the need to build a narrative around an album, something he thinks about all the time for the artists he puts out on Incienso. He always gets asked about his relationship with Four Tet to contextualize his music. The sought after British DJ and musician is the rare electronic crossover act that can appeal as much to indie heads as he can to ravers; he put out Naples’s debut album, Body Pill, on his label Text Records. “I understand why it’s such an appealing thing, like I was just plucked out of obscurity by this person at random and they changed my whole life,” he says. “It’s a good angle.”

With Chameleon, he seems to have finally reached a point where he’s less concerned with what people expect from him. “I feel like if I don’t take these little micro risks, like putting out a record that’s a little different than the rest of my stuff, it’s not only gonna box me in, but maybe somebody else too. Maybe they’ll also try and expand what they’re doing more and not feel so weird about trying different things, or not feeling so weird about the fact they’re not mysterious.” He brings up Yves Tumor, who he saw play live earlier this year. When Tumor did a Skype interview with Pitchfork early on in their career, they positioned the camera above his eyebrows so he didn’t have to make eye contact, and when asked about where they lived, they responded: “Question mark, question mark, question mark—it’s private.”

Naples is not this enigmatic artist. He can’t promote other people’s work while being standoffish and inscrutable, so Naples leans in hard the other way—where he used to keep to himself, now he makes it a point of being open almost to the point of oversharing. Yves Tumor isn’t going to post an Instagram photo of himself running the New York City marathon anytime soon, after all. “I sometimes don’t really get what the angle is for me, but I hope that in some way I can be transparent. You can make art and then go and run and cook dinner. You don’t have to be so self-absorbed in something, especially if you want to be a part of a community,” he says. “You have to have to be able to give as much as you take.” 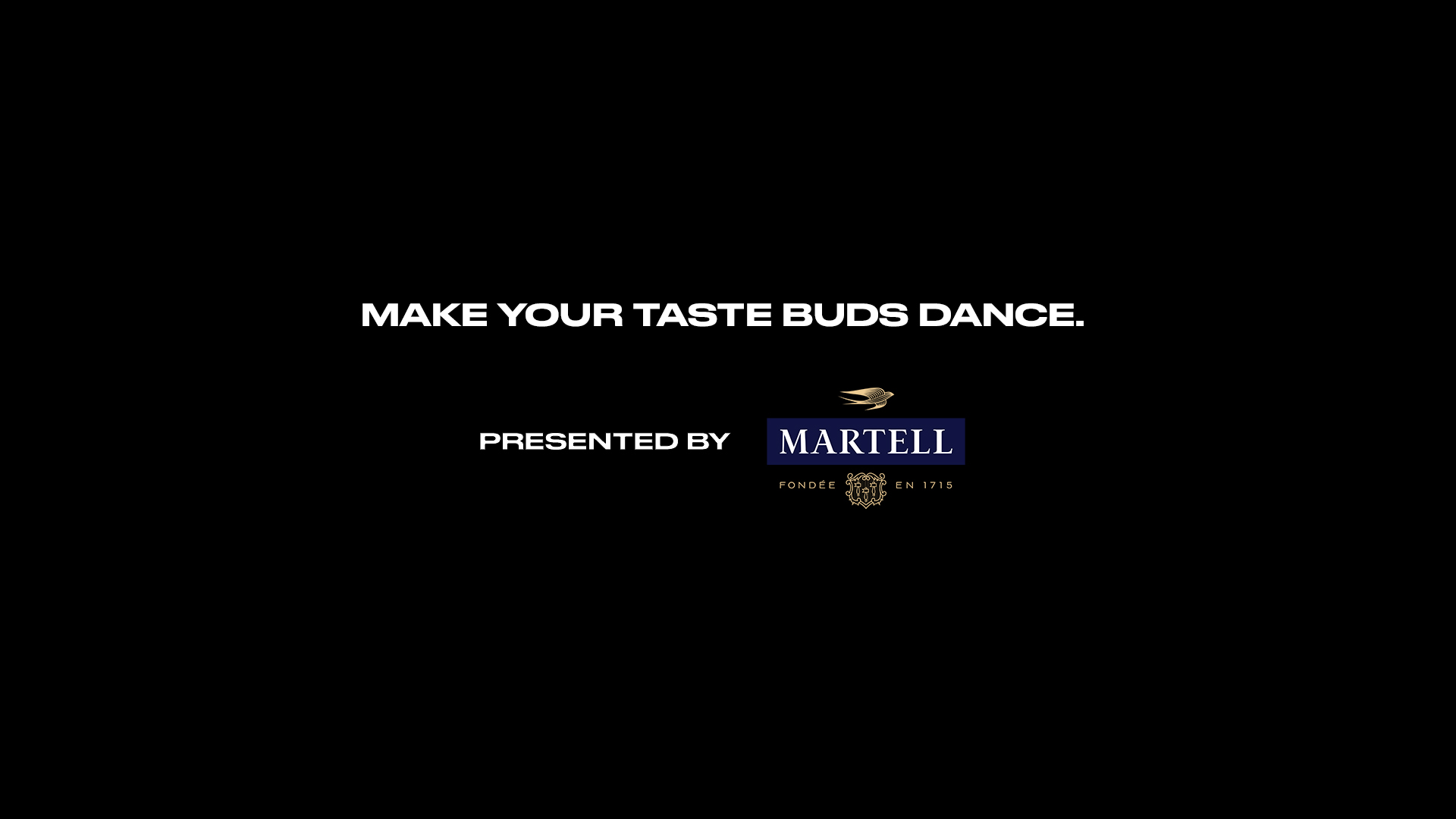