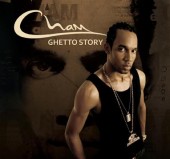 In Jamaicas ultra-competitive music scene, stars are born every day and fade away just as fast. But ever since the mid 1990s, Baby Cham has represented the best of cutting-edge dancehall reggae. His every release seems to bring forth new sounds, new slang, and up-to-the minute ghetto news reports guaranteed to bust the dance. Spelled with a C (like champagne), Cham should not be confused with any Flipmode Squad affiliate, although he has been known to bust a rhyme from time to time. With his athletic good looks, his booming baritone voice, and a catalog of hits that wont quit, Cham has managed to stay ahead of the times for longer than any other DJ in the game. And with the release of his long-awaited album Ghetto Story, Chams poised to take dancehall to another level all over again.

Born and raised in Kingston Jamaica, young Damian Beckett survived his share of rough times along the way from Sherlock Crescent to Waterhouse. His love of music outweighed his talent for football and from his teenage years he devoted himself to developing his microphone skills. Working closely with the Mad People Gang, a.k.a. Madhouse Productions, Cham blazed a trail of hardcore classics like Many Many, Boom Tune, and Man & Man, which were collected on his impeccable 2000 debut album Wow: The Story. That album opened a whole heap of doors, Cham reflects. But at the same time a lot of doors were closed on me. We had the biggest song in dancehall but at the time some industry heads were claiming that dancehall cant do this and dancehall cant do that.

Any such doubts were laid to rest in 2003 by Chams crossover hit Vitamin S, a boisterous bedroom boast bouncing to the beat of Madhouses irresistible Fiesta riddim. The tune jumped from Jamaican sound systems to worldwide radio and club play, mesmerizing the hip-hop massive and proving beyond question that the raw uncut sounds of Kingstons dancehalls could rock the world. Cham soon signed a deal with Atlantic Records, home to Jamaican hitmaker Sean Paul and Yankee rap stars like Lil Kim and Fat Joe. But his story was just beginning.

Rather than rushing to cash in with a quick & dirty CD, Cham and Madhouse mastermind Dave The Stranger Kelly took their time to make sure that the new album would be up to standard. The creative force behind records like Bogle by Buju Banton, Action by Terror Fabulous & Nadine Sutherland, and Dude by Beenie Man & Ms. Thing, Kelly overstands how to conjur up studio magic with Cham; the duo enjoys the sort of rare creative chemistry enjoyed by the likes of Dre and Snoop, but in a dancehall context. Me and him click, says Cham. Well be writing, and hell want a word, and by the time hes supposed to say it, Im sayin it.

Drawing inspiration from daily life in their troubled homeland, Cham and The Stranger created a dancehall masterpiece called Ghetto Story which hit the streets like a bomb at the end of 2005, Jamaicas bloodiest year on record with over 1,600 slain. Blending the vivid street narrative with trenchant political analysis and Chams emotional delivery, Ghetto Story became an instant classic, summing up all the pain and loss. You cant say were inciting violence, says Cham. Its just a memory. If I grow up any different I would have a nicer memory. Every street dance, country bus, and radio seemed to be blasting Madhouses nasty new digital throwback riddim, the 85, and the number-one tune for this year and next was Chams survival story.

On the strength of Chams latest smash hit, hes set to change the dancehall game. When he wasnt grinding out the new album, Cham kept busy voicing collabos with artists as diverse as Mario, Nina Sky, and M.I.A., but his focus is clear: to build Madhouse into a household name. We wanna make it the biggest thing out deh, says Cham. We need Madhouse to be like how Bad Boy and Rocafella and G Unit have them name. Thats where our head is at. And just like one of those Jamaican street dances, the story goes and on till the break of dawn.

Six years after Wow: The Story the worlds musical landscape has changed. Never before have the sounds of Jamaica enjoyed so much international airplay and acceptance. The world seems ready for the raw uncut. And as if on cue, here comes Chams Ghetto Story. Father God ah the boss, Cham observes. Cause yo, everything just fall into place.

We have songs for everybody, says The Stranger, the only problem is for us to narrow it down. There are player-type joints like Bring It On featuring a new singer out of Chitown named Majic, also set to the 85 riddim. There are light-hearted tunes like Boom Boom and rude boy cuts like Tick Tock. There are thought-provoking interludes like Thoughts of a Citizen. In short, the album is sick. But the title cut is the one thats sure to go down in music history.

Look into any ghetto and you will see tragedies and triumphs, lives lost and fortunes won, epic struggles that play out every day, invisible to most prosperous citizens. Yes, there are a million stories in the ghetto. And Cham recognizes how important it is that the Ghetto Story be heard. You have so many kids in the ghetto who want to tell their stories, says the DJ. And we have a medium, so its our point of duty to tell that story and let that story be heard.