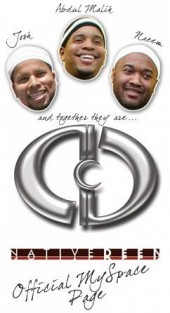 The story of Native Deen is an inspiring one that unites three Muslim youth with unique talents and a passion to spread the uplifting message of Islam. As active participants of their communities, Abdul Malik, Joshua, and Naeem were always searching for creative ways to educate and inspire the public.

Joshua Salaam began writing and performing at the early age of 10, and by the age of 12, he was performing at youth camps to entertain members of the Muslim Youth of North America (MYNA), a national Muslim youth group. In 1993, he co-founded a group called Sons of the Crescent, where he recorded rap songs and toured the United States. In 1998, he had the opportunity to work on a collaborative project with many up-and-coming Muslim rap artists through a series of albums produced by MYNA Raps, crossing paths with a creative song writer and producer, Abdul Malik Ahmad.

Abdul Malik Ahmad was heavily involved in writing and producing the music for a series of albums that were produced under MYNA Raps. His writing talent alone has put him in the top tier of Muslim song writers; his passion for a better society has driven him to talk about many issues that affect non-Muslims and Muslims alike. A graduate of Arabic at Georgetown, Abdul Malik has let his bilingual tongue flow with his music. This talented songwriter, producer, and musician met his fellow group member Naeem at a youth camp in 1988 where they became pen pals.

Naeem Muhammad began writing and performing at the early of age of 13, where he performed at various events including MYNA, Muslim Youth Council of DC, and the Muslim Kids Club of Baltimore. In 1993, Naeem co-founded Northstar, an Afro-Centric Hip-Hop group that promoted a positive and conscientious message. Later, he too collaborated with Abdul Malik on several MYNA Raps productions. Years later, in September 2000, Naeem, Joshua and Abdul Malik were invited to perform at the ISNA Convention in Chicago, IL. Subsequently, these artists continued to collaborate and perform together before forming Native Deen in 2001.

.and together, they are NATIVE DEEN

Since then, Native Deen has emerged into a leading Islamic Hip-Hop group based out of Washington DC. Their music, which calls to the remembrance of Allah (God), has resonated with Muslims and non-Muslims alike, throughout the world. Native Deen has spread the uplifting message of Islam by performing throughout North America, Europe, Asia and Africa. Together, they have filled some of the world’s most distinguished auditoriums, alongside artists such as Yusuf Islam (formerly known as Cat Stevens), Sami Yusuf, Zain Bhika, Raihan, Dawud Wharnsby, and SEVEN8SIX.

When they are not working on Native Deen related projects, Joshua is a community activist, who coaches local youth in basketball, practices martial arts, but most of all enjoys playing with his two sons Issa and Musa. Abdul Malik enjoys working with youth and even volunteers at his daughter's school, and is a Pencak Silat instructor, an Indonesian martial arts; Naeem, who enjoys snowboarding when not on tour, quickly fills up his day working on relief and development projects, where he has helped to assist victims of Hurricane Katrina and tsunami ravaged Indonesia.

Native Deen - I Am Near (Official Video)

Native Deen - My Faith My Voice